The best laid plans & the disadvantage of berry bushes

Justin’s ‘cruising’ now so I temporaily switched out our lucite cocktail table in the living room with an ikea slipcovered ottoman from our family room.  It’ll stay in here until he can walk & I don’t have to worry about him breaking his face on the table.   The look is a bit cuter than I like for my living room, but since it’s temporary, I can deal.  Whatever’s there always seems to be toy central and here’s a quick pic now:

{I tried to get Justin in the picture but he got away}
The beauty of slipcovers is that you can wash them whenever you need to.  The not-so-beautiful part is that with my little guys and Justin’s tendency to spit-up, that’ll be fairly often. 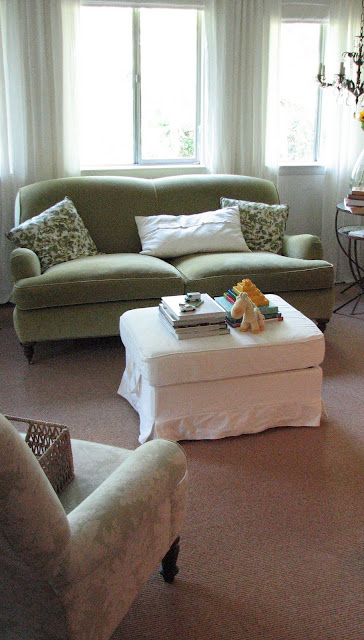 Well, as expected, we had our first major spit-up on the ottoman so I took off the top slipcover & washed it.  Everything came out fine and I laid it out to dry in the backyard.  That evening, as Dave & I were having a drink before dinner, I looked out the window and saw this: 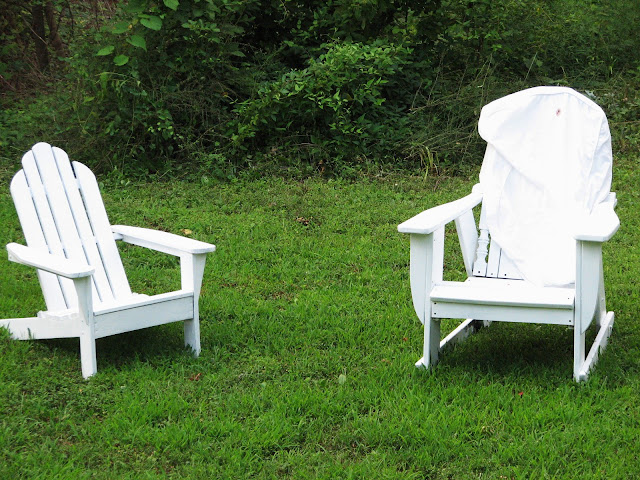 Seriously???  Dave went down for confirmation as I took these pics from the living room… (ever-helpful am I 😉 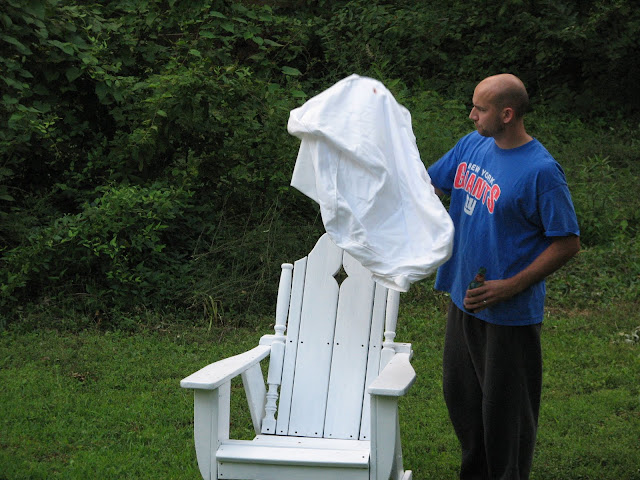 {Yup.  Berry bird poop.  On the ottoman.}
We will now be attempting the “you can always bleach white slipcovers” thing.