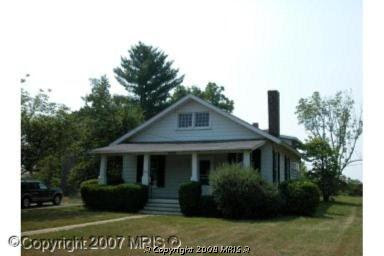 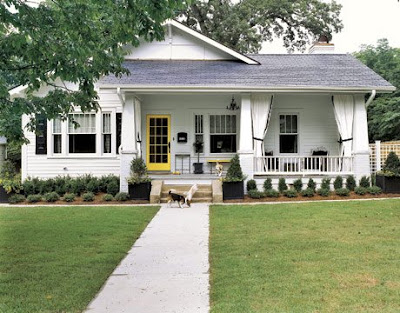 Here is the living room (below) which is really tiny & I would definitely want to knock the right wall down (which is a bedroom) & have it expand the width of the house. How gorgeous are the floors?!! 10 foot ceilings and all of the original details!!! Floor to ceiling windows!! It’s been in the same family all of this time. 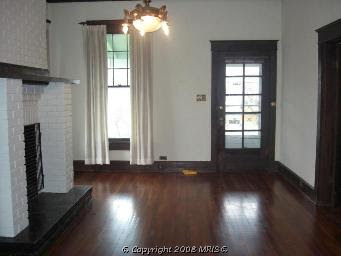 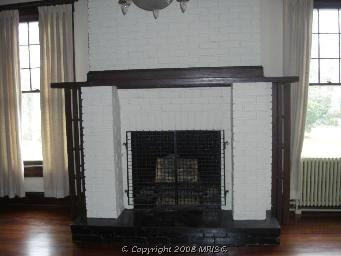 Here’s another view of the living room: 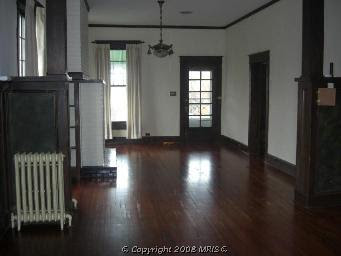 Here’s the adorable vintage bathroom with the original fixtures, most of which I would keep: 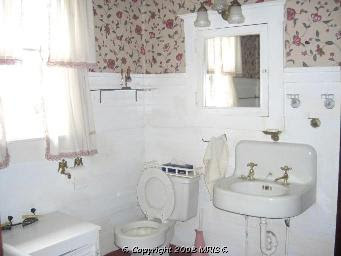 Love the tub but would have to go with those wraparound clawfoot rods for function: 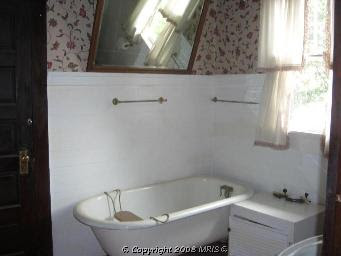 Here is the dining room & this is the room that does it for me. I LOVE those uper windows & al the woodwork. Although I have to admit that bungalow-lovers would probably hate the crime I would have to do to this house: It would go white… da-da-da-dun! It owuld just have to. sorry. 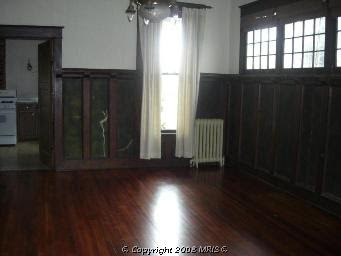 Here’s the kitchen which is situated in the back of the house. It’s prettyold, but I think would be pretty easy to fix up. 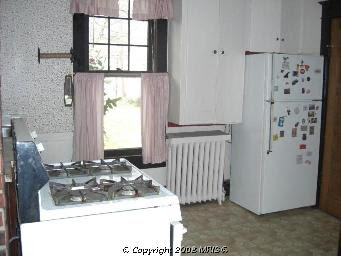 I’d want it to feel something like this, below (This is maybe my FAVORITE kitchen ever… you will see it again 😉 the wall of windows is on my kitchen wishlist.)– country living 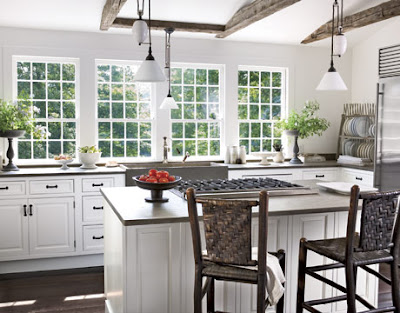 Upstairs there’s this little room: A child would go here since they’re little people 😉 😉 hahaha but seriously I think it’s a really cool room even though it’s short. The eventual plan would be to put an additon on the house to get it more liveable space-wise. 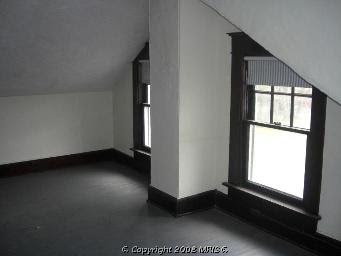 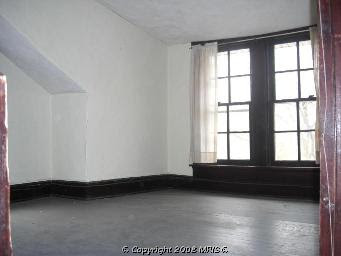 There are 2 bedrooms on the main level which I would eventually want to open up into living space (once an addition went on.) I drew the floorplans for the addition this past summer & have that all planned out but won’t bore you with it.

And finally, here is the awesome screened-in shed: 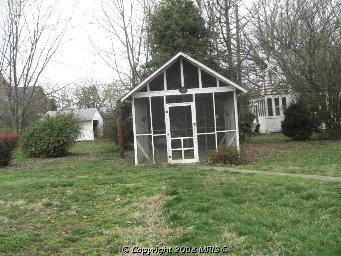 I think I would want to do something like this (country living) to it: 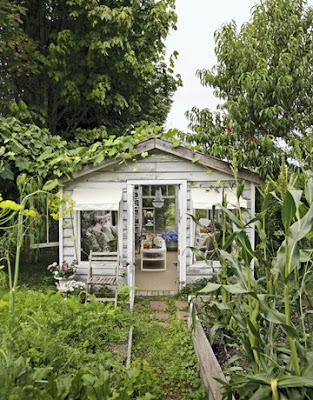 Isn’t that just one of the best little secret spaces you’ve ever seen?!!! I just want to be there right now. really. They added glass to an old potting shed & I think this would work out with the structure on the property: 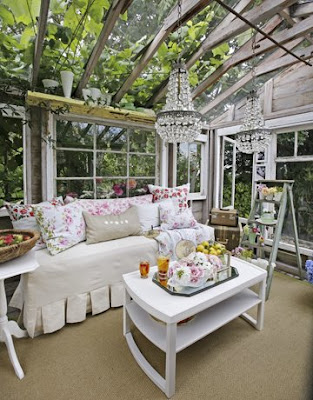 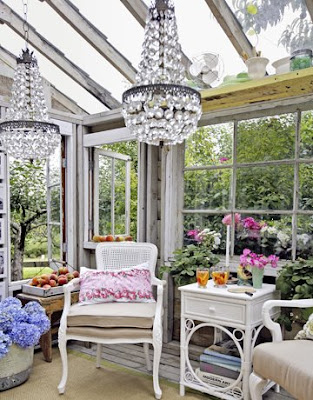 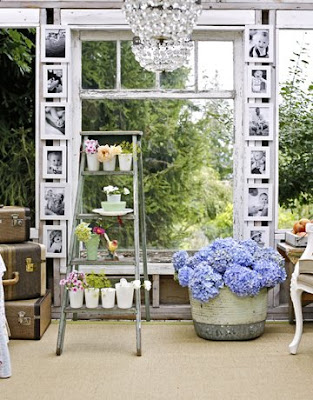 Anyway, my husband says this house is a no-go & I’ve been working on him for a long time with this one & he isn’t budging. He won’t go for the neighborhood. 🙁