We made it to the lake and it feels like a massive exhale.  It’s been really bittersweet though…  my dad isn’t coming which is a huge bummer.  Things are too crazy at work for him to get away and he isn’t feeling well so the sixteen hour drive was just too much for him.  So…  him seeing the house for the first time will have to wait.  It is what it is and I’ve been trying to stay positive.  (For those of you who are new here, my dad bought a lake house for vacation/ eventual retirement  -sight unseen- and my husband and I have been managing its renovation and decoration for the past six months and just finished it in time for Easter when we’d planned for him to come and see it.) 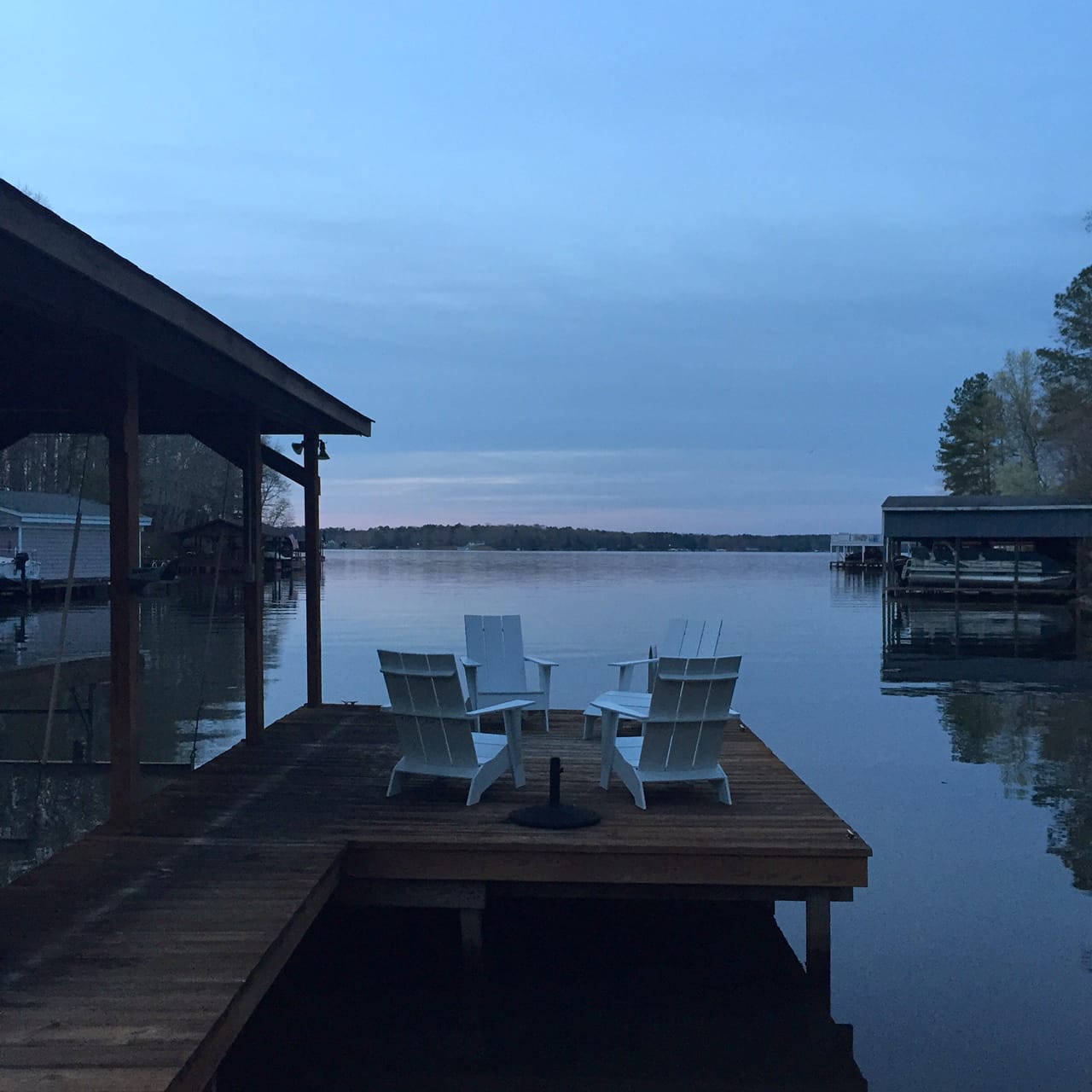 {The Adirondack chairs by loll arrived on Friday and we’ve been loving relaxing on the dock.  We have the same chairs in black at home and they’re great…  they’re made from recycled materials and they wear really well.  They also have a handy dandy bottle opener hidden under the right armrest 😉 😉 }

The baby’s due in three weeks, which is surreal.  We got here on Thursday night and I’ve taken a nap every afternoon since then which has been glorious.  I think I’m finally at that very end point of pregnancy where you get first-trimester-sleepy again.  (Or I’ve run out of steam 😉  It feels SO good to have a week ahead of me with the boys and pure family time after these past few months.

It’s been great being at the lake house and seeing how it lives after so much planning.  I used lots of materials I’ve never had any personal experience with before which is always fun for me. 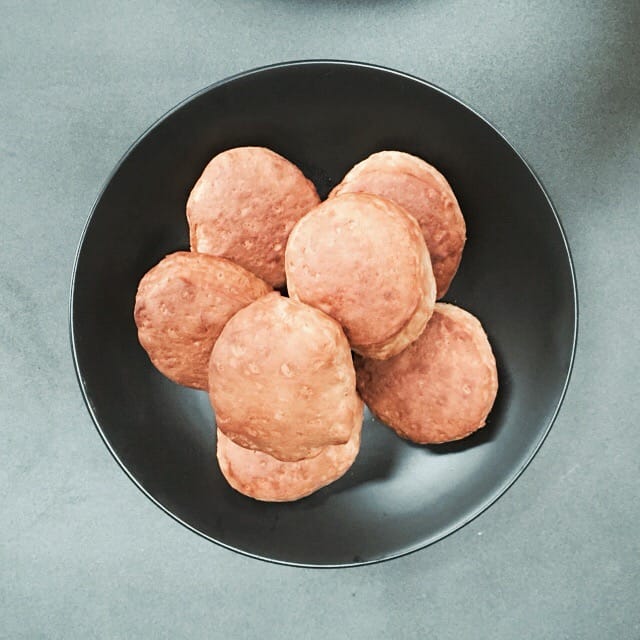 {breakfast biscuits on the bluestone countertop}

The honed bluestone countertops in the kitchen are a new love of mine.  I’ve never used bluestone before and it’s SO different from other stone countertops.  We went with two-inch thick slabs and had them treated with a water-based sealer which has kept the color a chalky gray.  (An oil-based sealer would have made it a dark gray… basically it would look like it was covered in oil and it would be at its darkest.)  The things about the countertops being a chalky gray though (with the water-based sealer) is that oil DOES show up on the countertops.  You can literally see everything.  The kids’ eating areas at the island show their messes after they’ve left  and the same goes for oil spills.  We wipe them down with a stone cleaner which sort of blends it in but not completely.  I’m going to see how it goes before making the decision but we may end up having them sealed with the oil-based sealer in the future, but for now we’re rolling with it.  It looks and feels so natural and reminds me more of a stone you’d see outside instead of on a countertop.

An old butcher block in the small foyer has been surprisingly functional as a little console with charging station for the phones and a place to plop down keys and wallets: 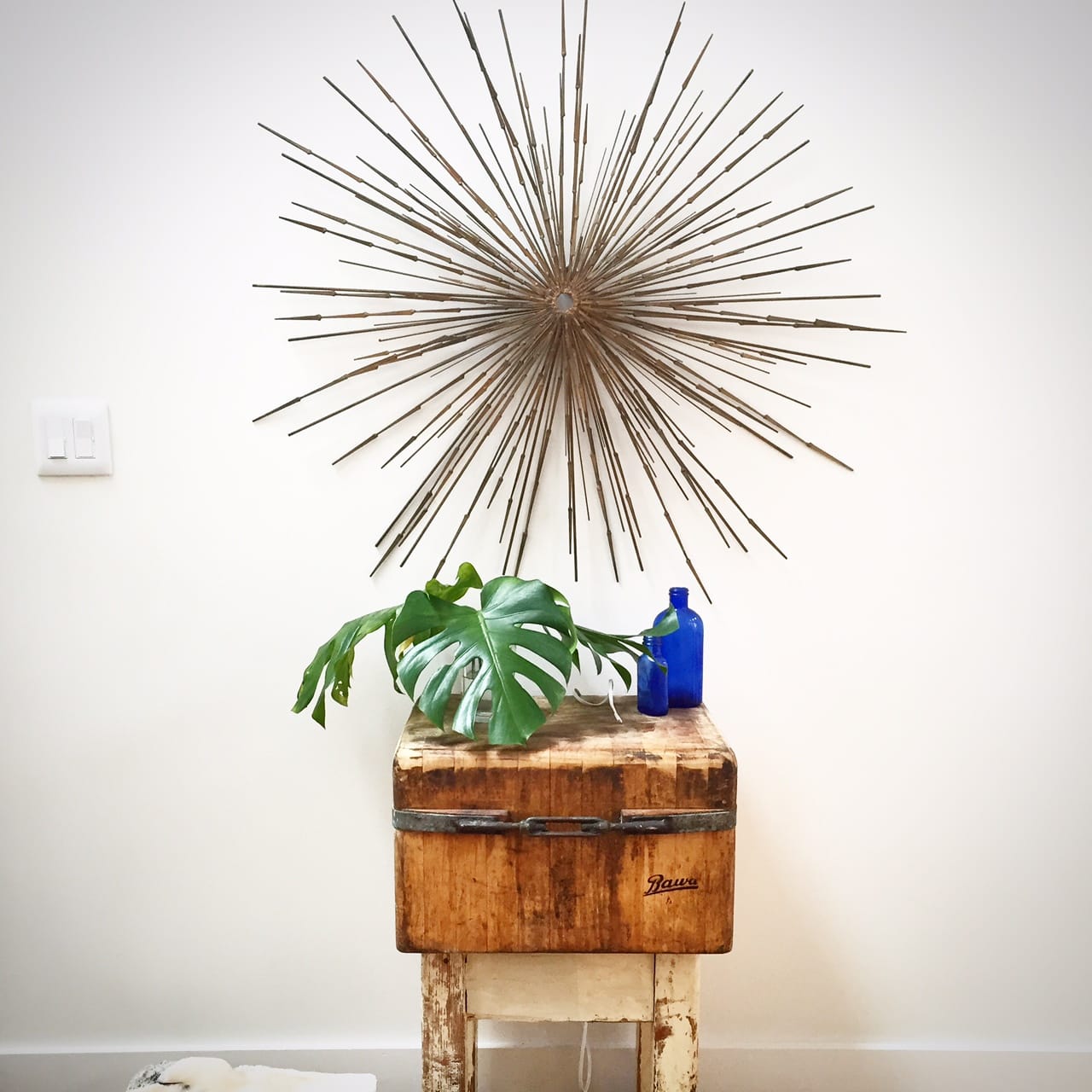 Many of the furnishings we used here were things I’d collected in the studio, so it’s been great to see the things fitting and working well. 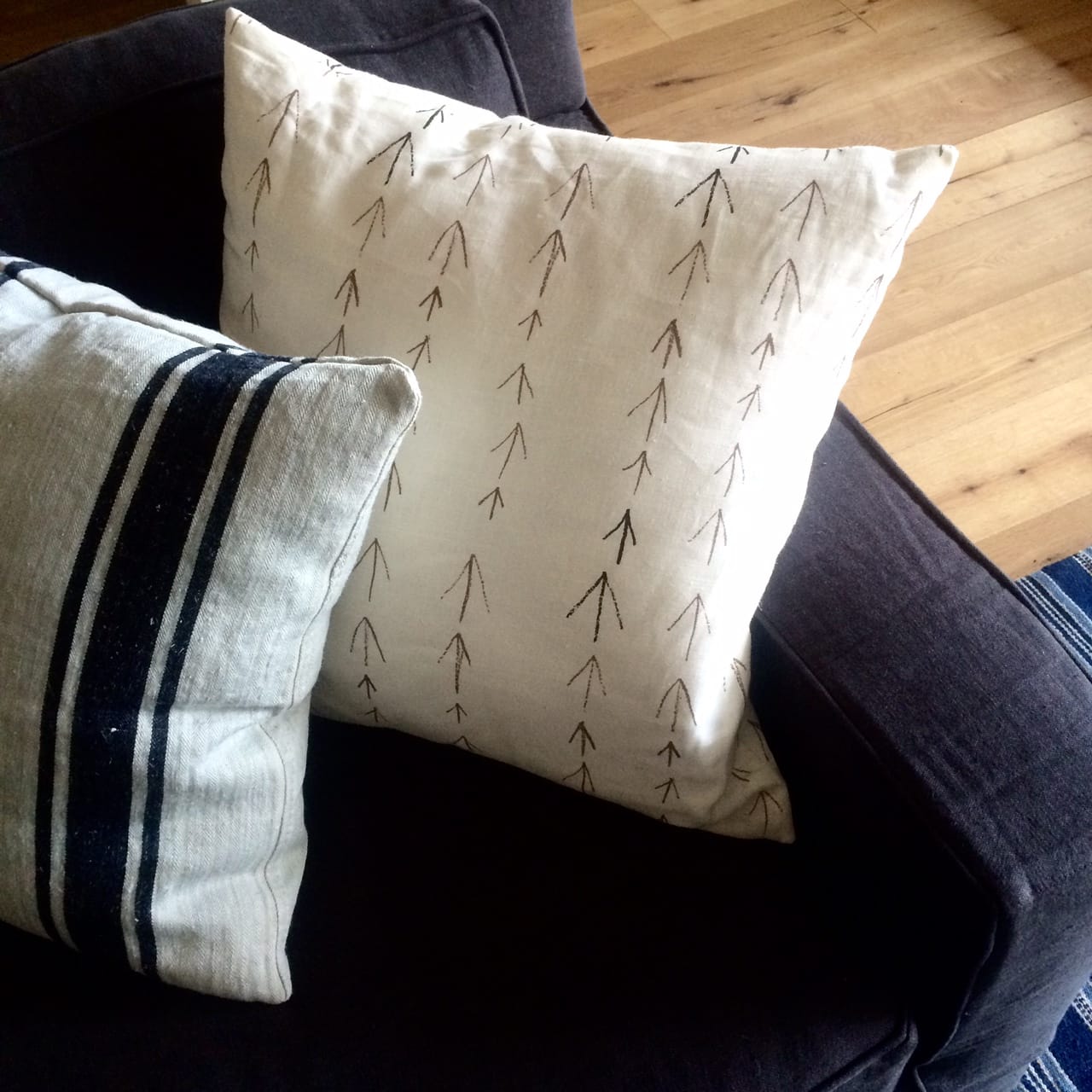 {About a year or so ago, Christian (now, 7) made his first fabric pattern- “Birdfeet”…  here it is now on a pillow!  He was so surprised and proud to see it!!}

I just broke my charger trying to plug it into my computer and have been informed by my computer that I have two mins left of battery so I’m off for the day!!! 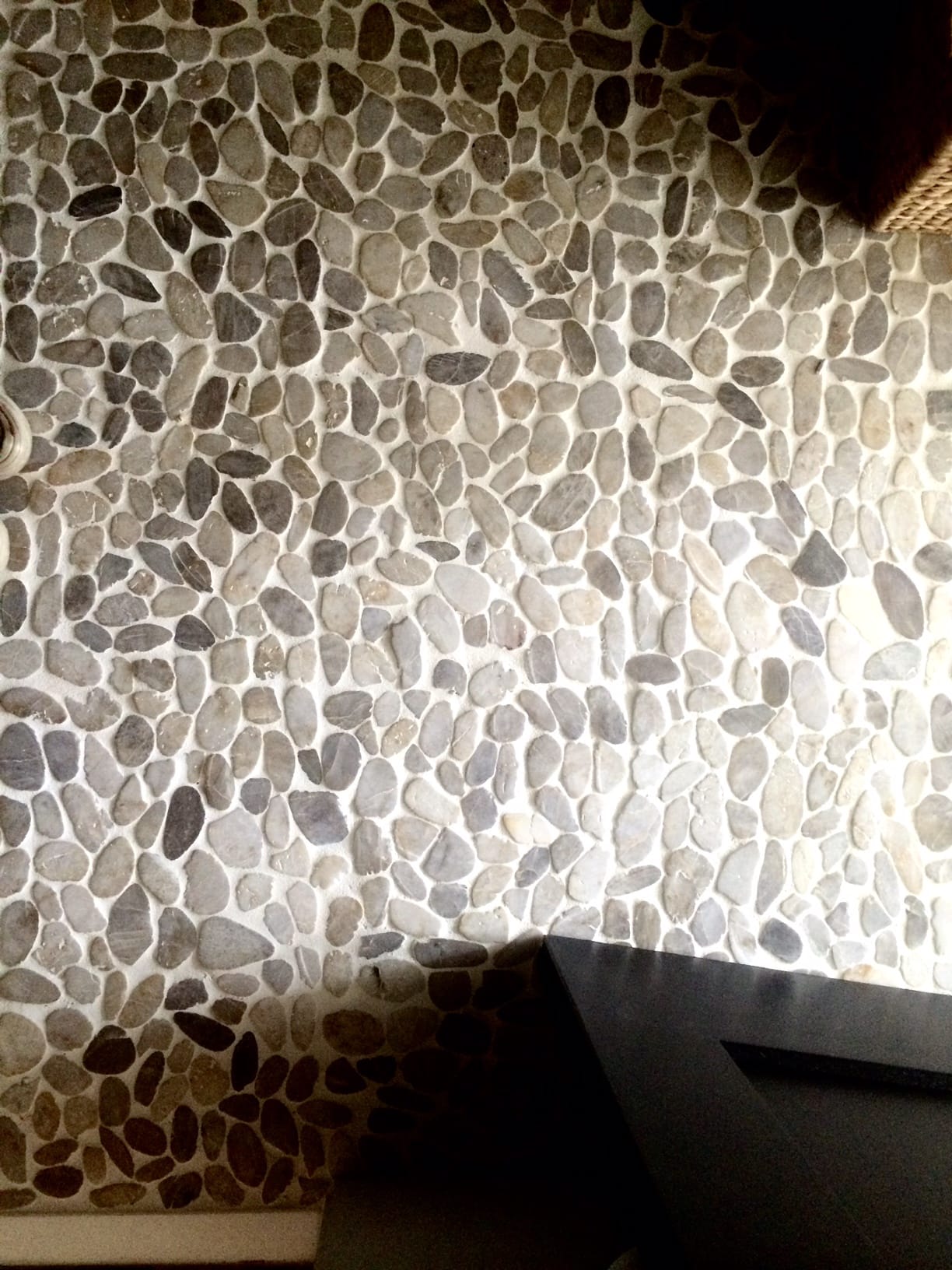 Have a good week & will be back when I can!!