This past winter I got an email from Pamela Jaccarino, editor-in-chief of Luxe Interiors + Decoration Magazine, asking if I would be interested in designing a room in Maison de Luxe 2015, Luxe’s designer showhouse that happens at Greystone Mansion in Beverly Hills once every couple of years. 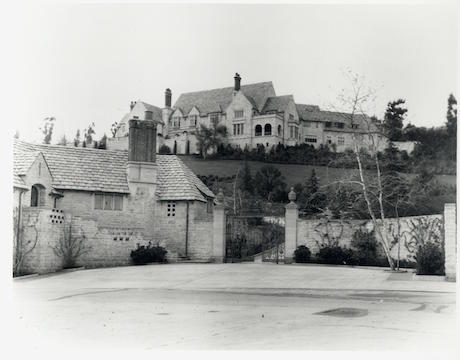 I read the email over and over, wondering if I’d misunderstood it.

I’d remember seeing an episode of Million Dollar Decorators from a couple of years before where Mary MacDonald, Kathryn Ireland and Martin Lawrence Bullard all did spaces in it thinking how amazing it looked and how fun it would be.

I immediately wrote Pamela back with a resounding ‘yes’ (and probably more exclamation points than I should have) and went to bed that night, still wondering if I’d misread it and maybe she’d write back in the morning saying something like, “Great, here’s how you can submit  your name to be considered” or something like that.

But the next day she wrote back saying that they were thrilled to have us on board and I’d receive more info in the coming weeks.  Soon after, a pretty box of information arrived:

A page in the box listed the other designers who were participating: Kristen Buckingham, Nina Campbell, Timothy Corrigan, Patrick Dragonette, Benjamin Dhong, Oliver Furth, Cliff Fong, Jane Hallworth, Molly Luetkemeyer, Amy Meir (a super sweet friend of mine!!), Frances Merrill, Julie Massucco Kleine and Melissa Warner, Brian Paquette, Mat Sanders, Andrea Schumacher, Mark Sikes, Sara Story, Summer Thornton, Benjamin Vandiver, Chloe Warner, and Beth Webb.  There are SO many designers on this roster whose work I’ve long been an admirer of (basically meaning I’ve studied and drooled over their work for years) and I’ve heard so many good things about them being truly kind, nice people that I can’t wait to meet them all over the next couple of months!!

To say that Greystone Mansion has a history is an understatement.  It’s around 50,000 square feet and was built in the late 1920s by oil tycoon Edward Doheny Sr. for his son, Ned (Edward Jr.) and his wife, Lucy, and their five children. 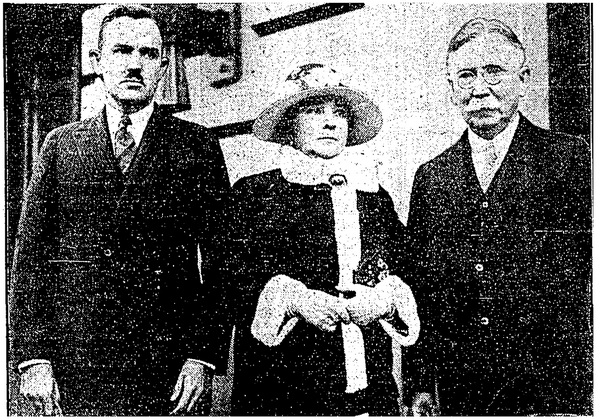 {Ned, his stepmother, and his father, Edward Sr.}

During this time, the Doheny family became involved in the Teapot Dome Scandal, and Ned’s childhood best friend, who was also his right-hand man (Hugh Punkett- he managed the construction of the mansion and handled many of Ned’s affairs) was pulled in as well.  They were called to testify in court, and while Ned was guaranteed immunity in whatever would come out, Hugh was not.  Ned and his family moved into Greystone Mansion just before Thanksgiving and spent the holiday season there.

Soon after- in very fishy news articles- it was reported that Hugh had shot Ned and then killed himself late one night in one of the guest rooms.  Most stories on the subject today (here’s an interesting one) make it sound as if it might have in fact been Ned who killed Hugh and then himself, and not the other way around, but that it was covered up to preserve the family’s name.  Lucy ended up remarrying and living there with her five children, and Greystone supposedly became a happy place, with lots of activities and parties taking place though there are rumors of ghosts on the property. It’s now a public park and is frequently rented out for movies (Think- Ghostbusters, The Big Lebowski, The Holiday, and anyone remember All of Me with Steve Martin and Lily Tomlin??? It was one of my favorite movies ever!!)  They also occasional design show houses there, which help raise funds to maintain the mansion and grounds. 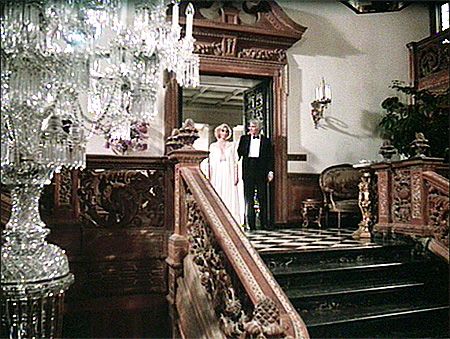 {At the “Cutwater Estate” AKA Greystone Mansion} 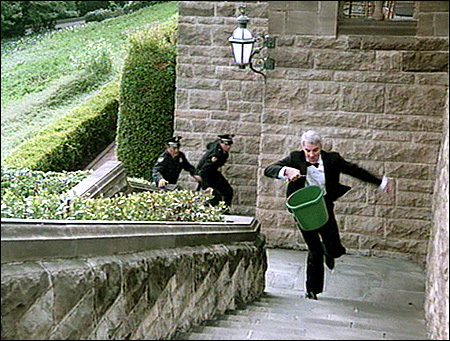 {Steve Martin running up the stairs to a terrace} 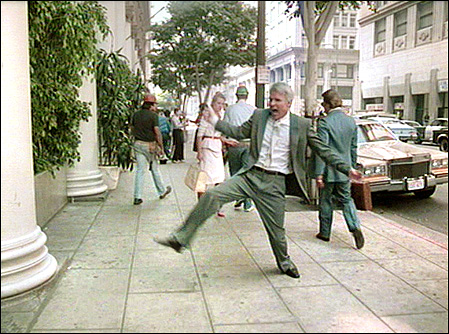 {And one more that doesn’t take place at Greystone, but because I cannot NOT laugh out loud when I think of this scene.  I’ve got to watch this again ASAP.}

I was given an upper level sitting room and the terrace that it opens up onto to design.  I’ve received photos and measurements of the spaces but haven’t actually been to see the mansion in person.  (I was only a couple of weeks shy of having Gisele during the scheduled site visit so wasn’t able to fly out.)  I won’t actually set eyes upon it until the furniture installation in mid-October. 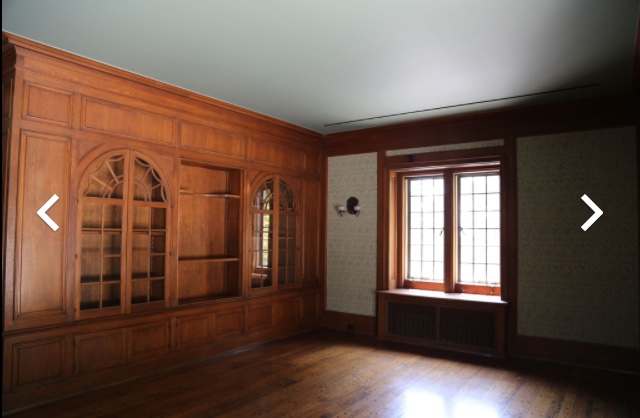 {The sitting room is tucked away upstairs} 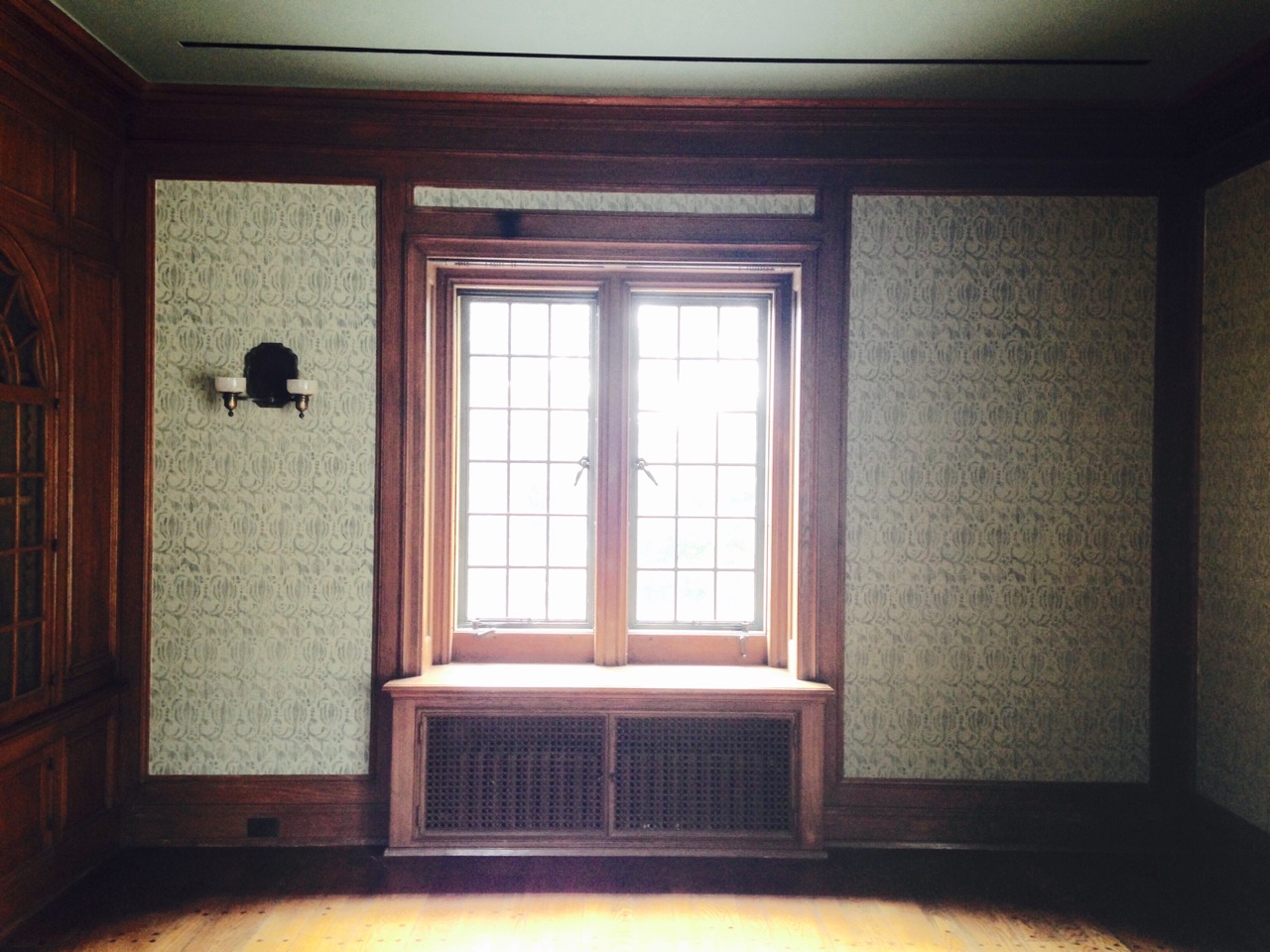 {The room is darker and I’ve decided to run with it and take it even darker.   There’s an air of mystery to the mansion and I envision it being a dark, cozy, intimate space where people might have escaped to during a party for private conversation.} 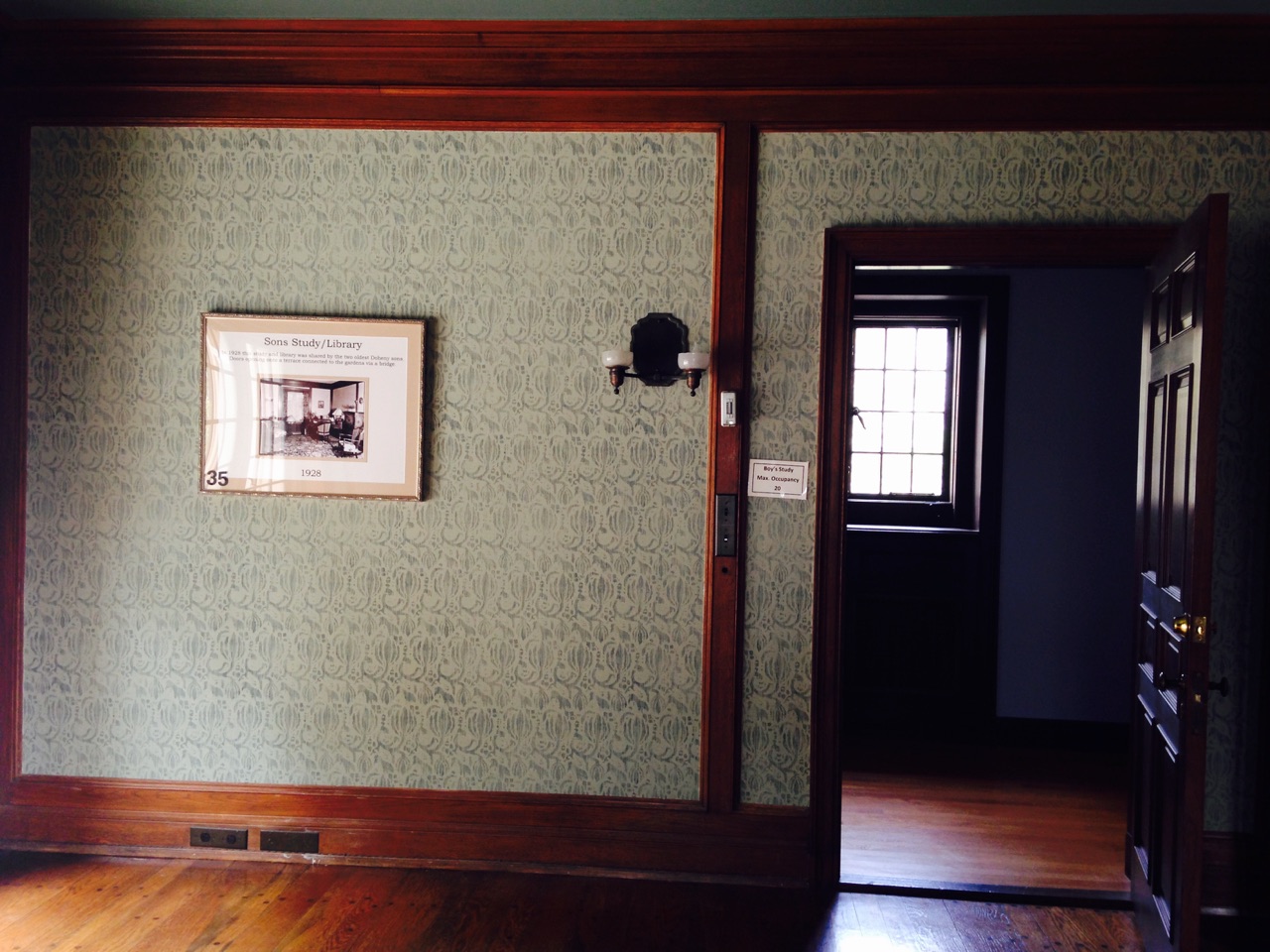 {A high school friend of mine, artist John Guinan (whose career has taken off like crazy and I’m SO excited for him!!!) is painting a piece for this wall. }

The sitting room opens onto a large terrace: 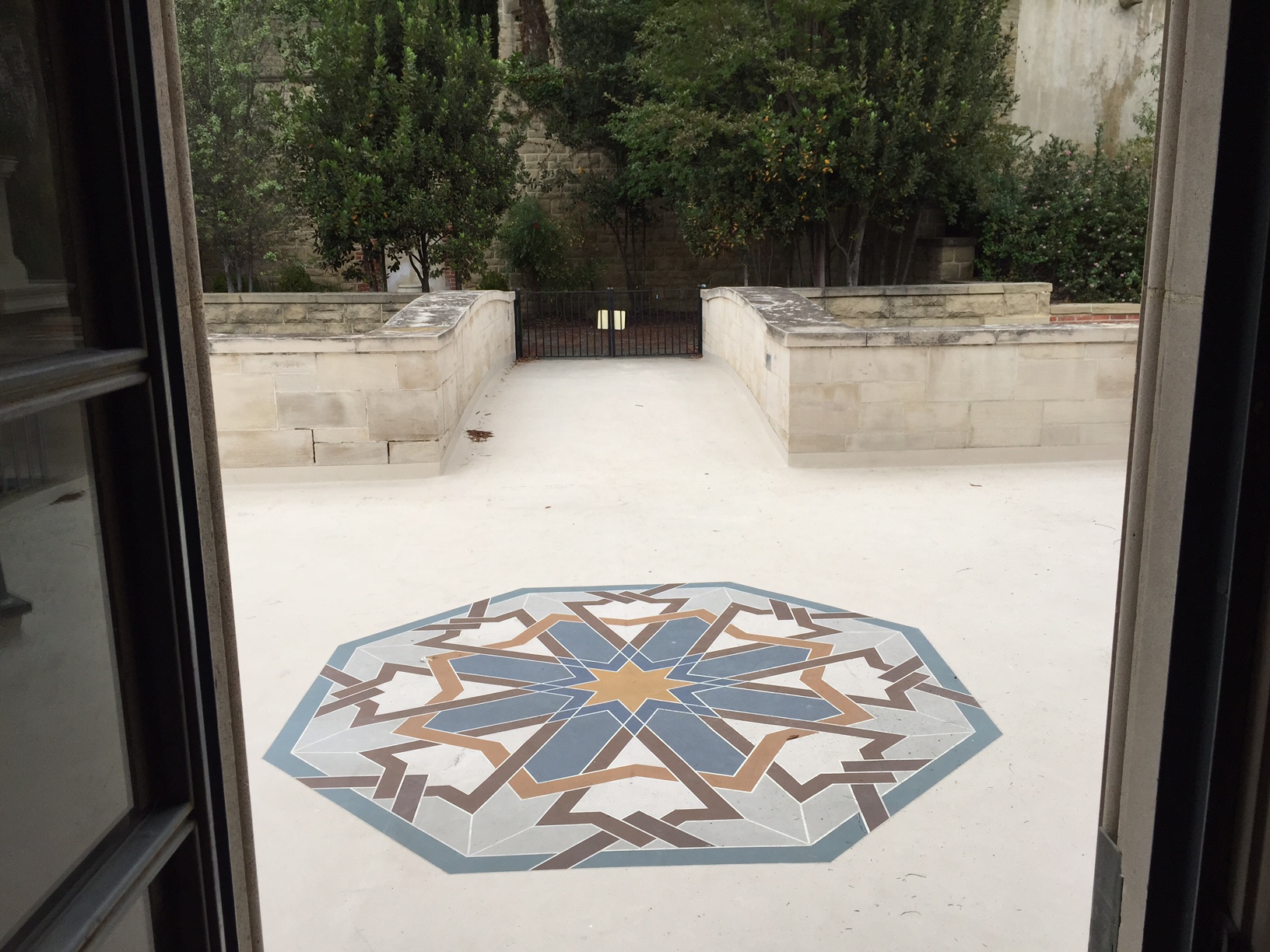 I loooove it!!!  I want to play up the indoor-outdoor transition by calling major attention to the lightness of the outside vs. the darkness of the interior. 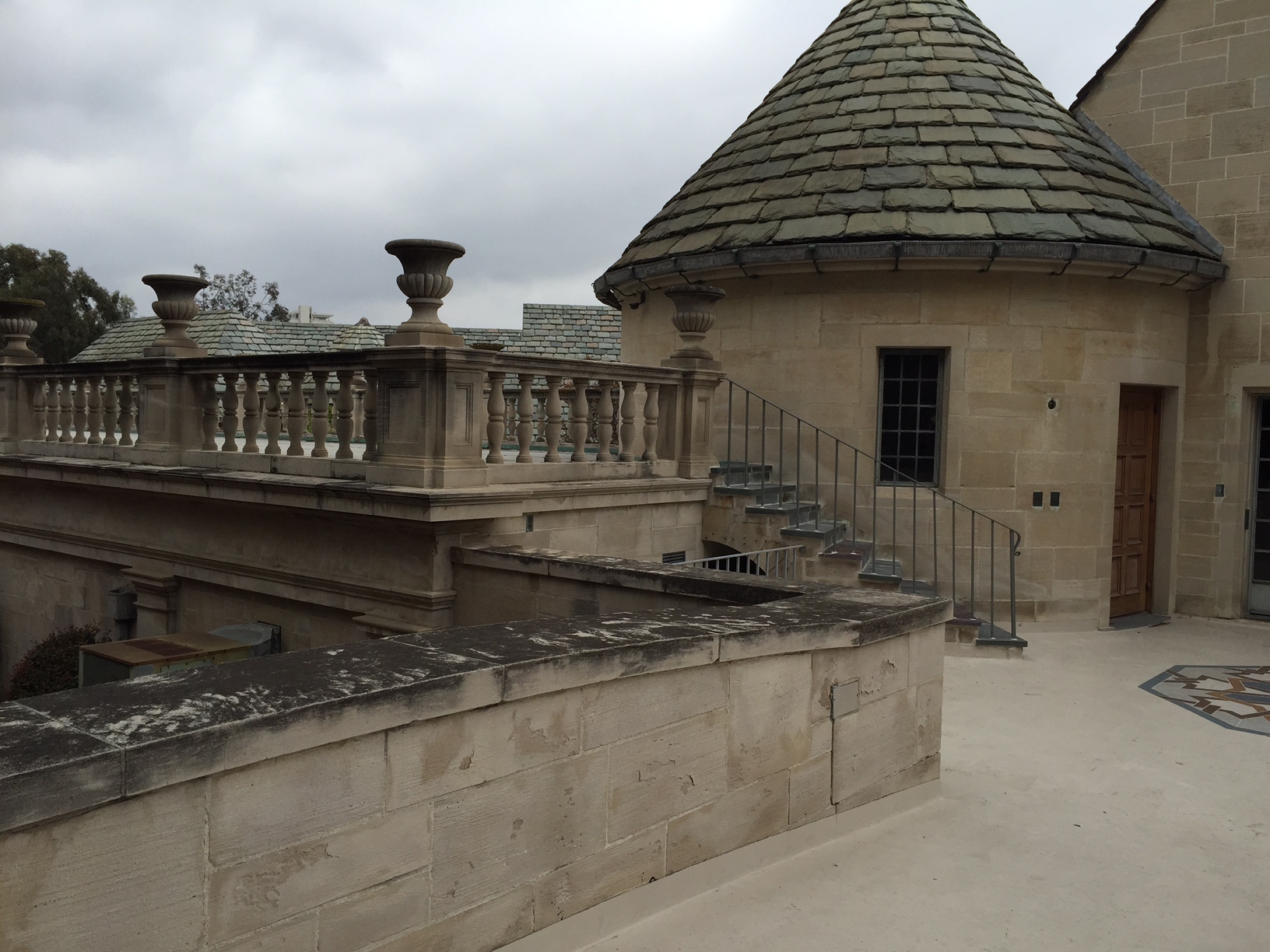 I’ve kept to a similar palette of black, white and natural tones with touches of green (shocker!) and my fabrics in both of my spaces, with mostly clean pieces with classic lines punctuated by pieces with a bit of old-fashioned glamour (like gilded Rococo!!) and sculptural elements like spheres, and topiaries. 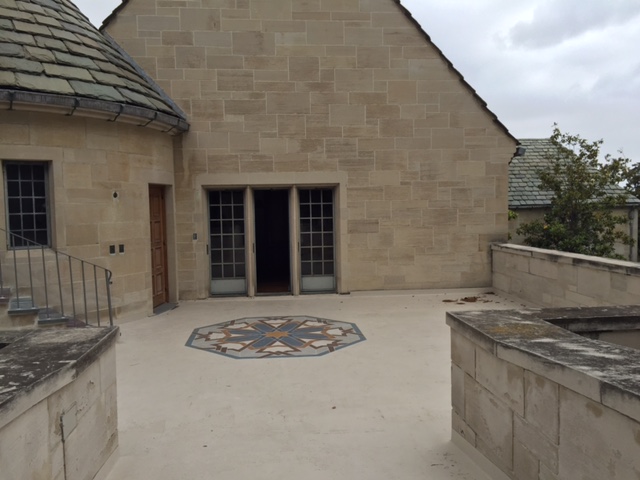 Here is a black & white rendering of the beginnings of my design sans accessories, details & color by Stephanie Huber: 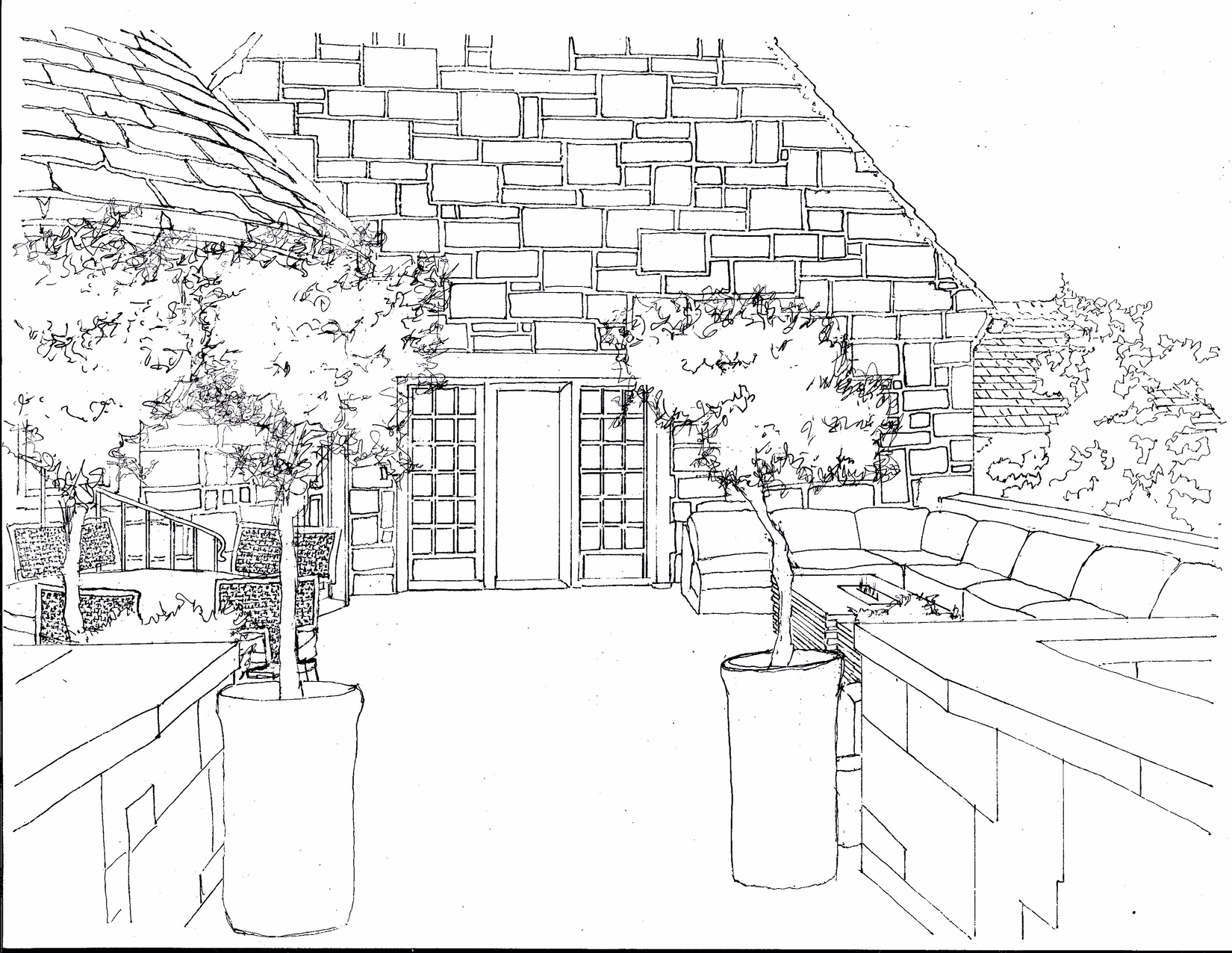 {A large custom outdoor sectional by Lee Industries fits right into terrace walls.  This plan features fire tables but it’s looking like they will be a no-go.}

Working on a show house from across the country definitely has its challenges, made much more complicated because this Greystone Mansion is a historical landmark and there are only certain things you can do when it comes to electrical/ painting etc.  (For example, we need a central light fixture in the room and there is no hardwiring of chandeliers allowed in our particular room so we will have to hang our fixture hung through a hole we will have to make in the attic and it needs to be converted to a plug-in so the cord can be swagged across the ceiling and down the wall to a plug.)  Each small thing requires a big amount of planning to happen and coordination needs to be pretty much flawless for everything to come together on time.  David & I fly to LA twice in October, first to get our spaces set up and then back again for the opening gala.  Painting and electrical is happening next week.  Eeeeeeeek!!

Hope you enjoyed this little peek into the process and I’ll keep you posted on our progress and will share the full design plans as the time gets closer!!