Four years ago, I started an (extremely!) irregular blog series called “Gracious People.” In my line of work and in my life, I come across lots of insanely talented and incredible people… People whose work I admire and drool over. But there are also those people I come across, whose talents I not only admire, but whose spirit I admire as well. I’m struck by how kind and open they are. People who uplift, encourage and inspire. These people are secure and generous and want the best for those around them. They’re, in a word, gracious. I have been totally remiss in keeping up with this blog series and my lack of posting on the subject has nothing to do with not meeting any more of these wonderful people lately, just in being behind in writing about it.  For years, I’ve been meaning to write about my friend, interior designer & writer of the wildly blog
La Dolce Vita, Paloma Contreras because she is truly a gracious person.

photo of Paloma by Brittany Ambridge

Paloma was one of my first virtual “blog friends” when I started writing Pure Style Home ten years ago and I will never forget a comment she left
lifting me up during a hard time that made me really take notice of her and realize that our online friendship was a real one.  We eventually
met in person and every time I see her, I’m reminded of how much I admire her.  She’s a truly kind and intelligent person who’s graceful and poised.
When you meet her, you just instantly feel you’re with a good person.  She’s incredibly thoughtful, insightful and careful, and we love
talking shop together.  We’ve always been very open with one another, discussing our blogs and books, and sharing business practices and goals.
I’ve loved having her support & friendship over the years and could not be happier that she has published her first book, Dream Design Live!!!! 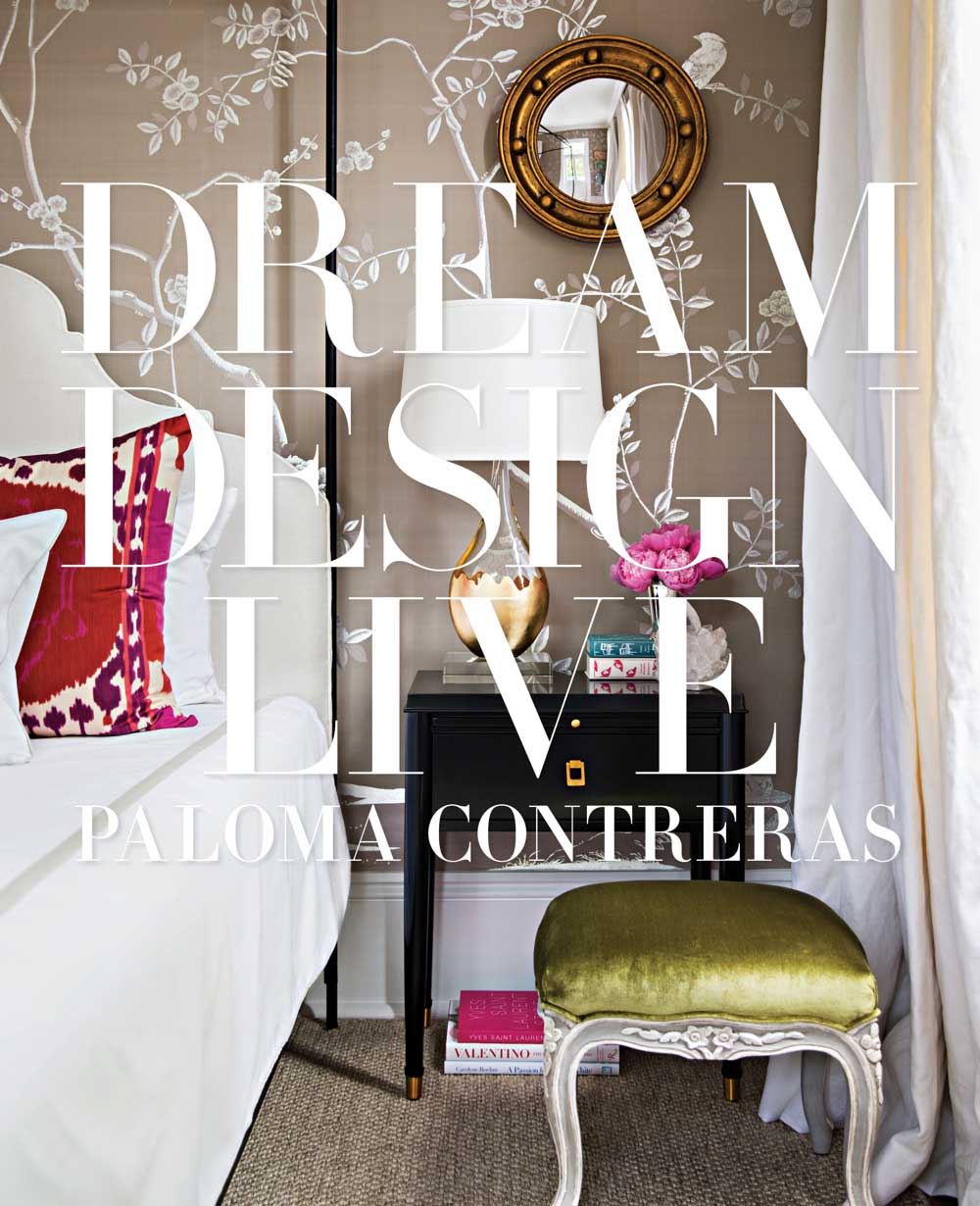 It’s available on pre-order and is being released on September 4th.  (Paloma and I are kind of like book cousins, because not only do we share
an agent (Berta Treitl, who deserves her own “gracious people” post!!) we also both published with Abrams and share an amazing editor there, Rebecca
Kaplan!) 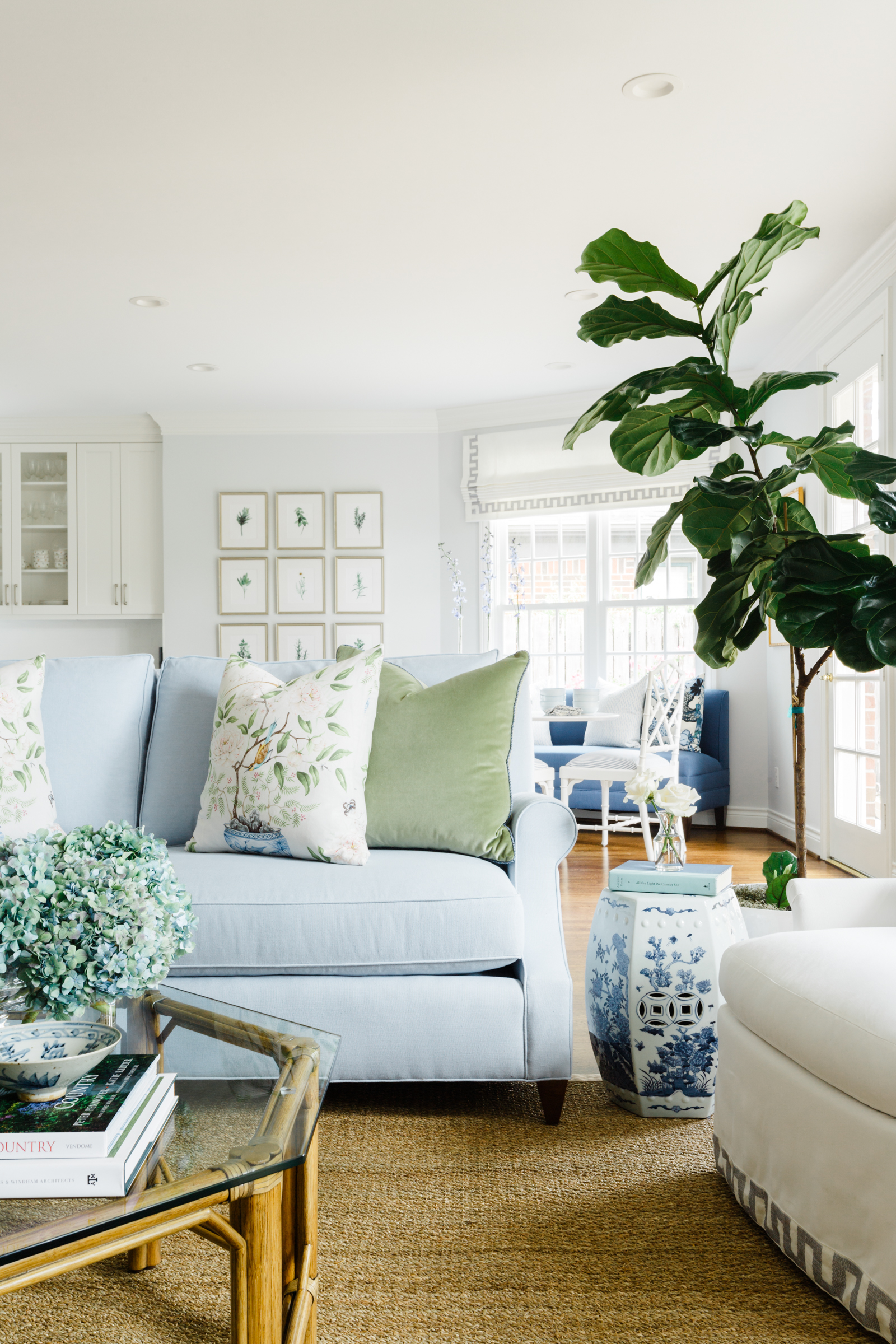 {a beautiful living room from the book}

I was lucky enough to get an advance copy of Dream Design Live  and I read it cover to cover.  It’s not only full of beautiful rooms
and with beautiful photography but it’s also incredibly practical and useful, filled with very concrete advice and information.  Paloma has
been writing her blog, La Dolce Vita, for over ten years and has gotten to know and interview an incredible amount of industry insiders
so she also includes lots of useful advice from her years of writing for La Dolce Vita.

The book is aptly named, and is broken down into three sections: Dream, Design, and Live.  In “Dream,” Paloma writes about ways of finding inspiration
and how to create your personal style.  In “Design,” she describes how to go about creating a mood in the home and this section is chock full
of insider tips on how to treat specific design elements like rugs, window treatments and furniture placement, and Paloma shares her specific approach
to the design of the various rooms rooms of the house.  It’s super-practical and is truly a useful guide.  In “Live,” Paloma describes the
art of living in a home beautifully, which is truly “la dolce vita” way, and entertaining effortlessly and graciously. 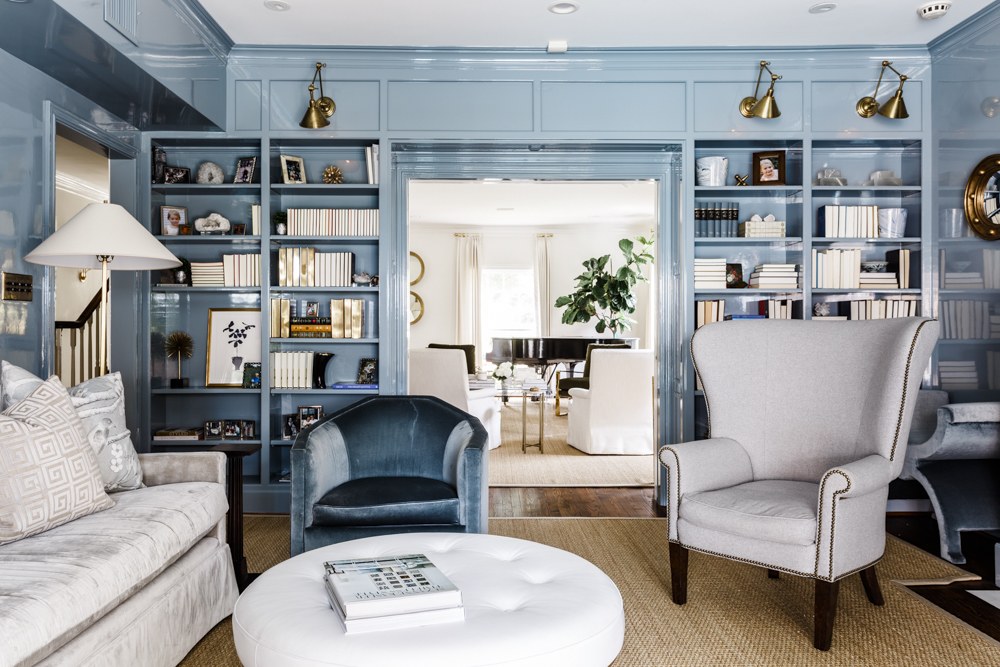 {Such a pretty blue in this study!!}

Paloma writes that she’s got a thing for hoarding vases and how she always has fresh flowers in her home and how arranging flowers relaxes her.  I
absolutely love this and reading Dream Design Live reminded me that I need to take more time to do that… I find when life gets busy, it’s
these little things that get dropped by the wayside, but it’s also these little bits of effort & moments of relaxation that can get us through
the crazy times and make it all feel more doable. 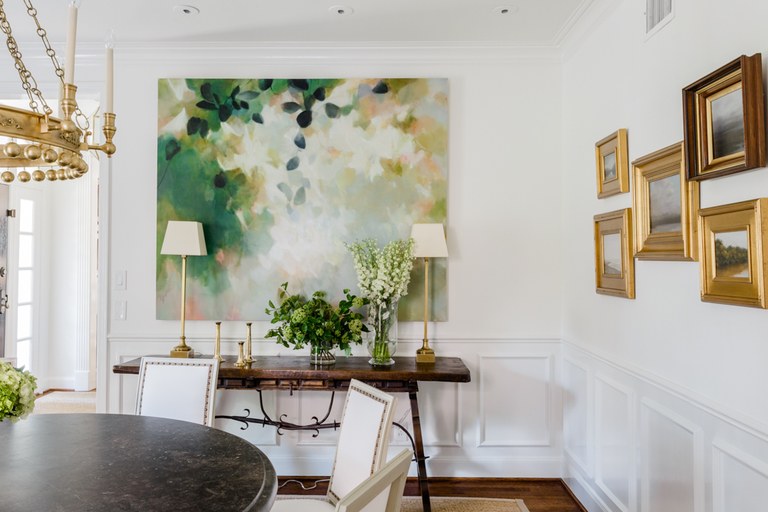 My favorite books are books that make me want to get up and do something, to make a change, to be better.  Filled with lists and ideas for hostess
gifts, creating the perfect guest room, and how to entertain for specific occasions, “Live”  made me want to get right to planning a party!!
As we’ve had more and more children, I’ve found that entertaining has become harder and harder and we’ve almost left it completely by the wayside but
Paloma’s practical way of breaking down the process of entertaining, incorporating advance planning and tips & tricks to make it easier are giving
me the push I’ve needed to get back to it, and the desire to make events that feel special and thoughtful.

Congratulations to Paloma on her beautiful new book & I have no doubt it will be a best-seller!!!