In the post about my cousin’s house, like I mentioned, I shared more of the design process with you & said more than I would normally say about a client.  I also showed a scarily MASSIVE home which many of you seemed (how shall I say this?? 😉 … disgusted by.   hahaha  (It may have been my initial reaction too 😉 ;

There’s something a little bit different when you are working on a project for a family member rather than a normal client…  I’ve both more and less protective if that makes any sense.  I’ll be honest that 1 or 2 comments stung a little when I felt like remarks about the house reflected poorly on my cousin.  (references to an “excess of wealth” without knowing anything about his character…) 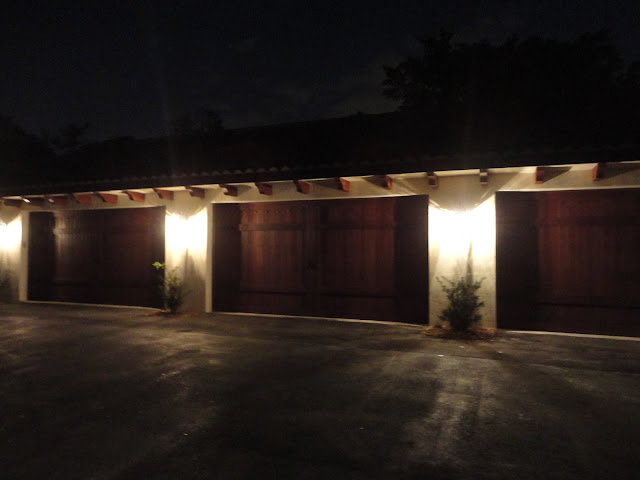 My cousin’s worked really hard for what he’s got (he started his business when he was 12 years old) and is one of the most incredibly generous people I know.  His house may not be what most of us would want, but I don’t think it’s fair to look down on him for it either.  He may not be married with kids yet, but he wants a full house and his doors are always open to family & friends & their kids.  He sees this house as the place where everyone can come to stay and wants lots of extra bedrooms for guests and hopefully his own kids one day. 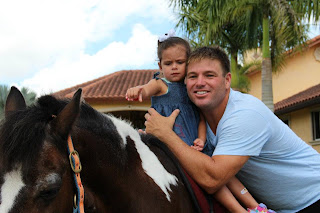 {My cousin with his best friend’s daugher}

While I’m okay with poking fun ( i.e. “Fauxscan” 😉 😉  I never want what I say to feel mean-spirited or judgemental and I hope I didn’t come across that way in my last post.  (Or hurt anyone with Fauxscan’s feelings! 😉 😉

I’ve been thinking a lot about something I said to my 5 year old last week about diplomacy…  He was saying something to our 3-year old and it wasn’t so much what he was saying that was so hurtful, but just how he was saying it.  Trying to simplify things for him during my scolding I said, “You can say pretty much anything you want to say, but you just have to say it nicely.” 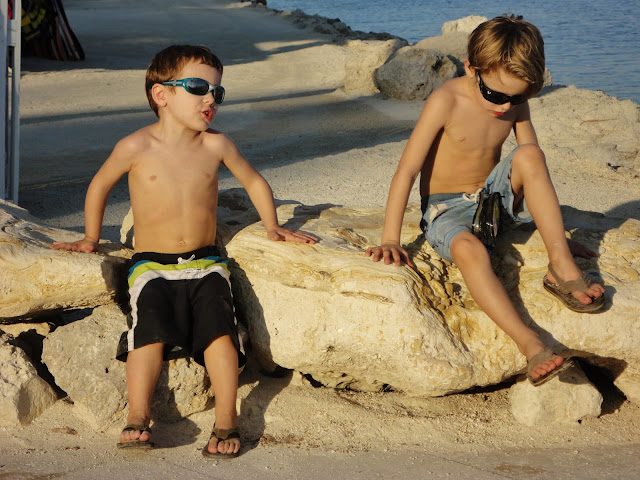 And I’ve been thinking about it since…  I think it’s true.  I think most people can take honesty, corrections, and things that sting if said from a place of kindness.  But if something comes out and sounds judge mental or mean, then the person’s really not even going to hear what’s being said, they’re just going to be angry or hurt.  It’s almost a waste of breath.

Whenever I’ve said anything too harshly, I almost always regret it.  I think of myself as fairly diplomatic but things just come out sometimes 😉 😉  (hahaha ok, maybe lots of times… But I’m trying to work on it 😉 😉

Here’s what I’ve been trying to work on lately:

1) Say anything you want & be totally honest, just say it nicely. (It’s not what you say, it’s how you say it… all that 😉

3) Be careful what you put into writing because once you do, it’s out there for anyone to see.

As you might know, a few years ago I decided not to allow “anonymous” comments to my blog.  Most of the anonymous comments I received were totally normal/nice but every now and then I’d get one or two that just hurt my feelings.  I’m laughing as I write this because some of the stuff that hurt my feeling was so silly (a bookshelf!!)  & I can’t believe it did but, I could get 30 sweet comments (enough to make my month!!) but the one negative comment would just bring me down and seemed to eclipse all of the others.  They made feel stupid and they made me wish I’d never put whatever I’d written about or shown a photo of out there.  They made me question even writing a public blog.   By the end of the day, the bad feeling in my stomach would go away but it took a couple of hours for me to let it go and I realized it wasn’t worth it.  Why have those feelings a couple of times a month?? 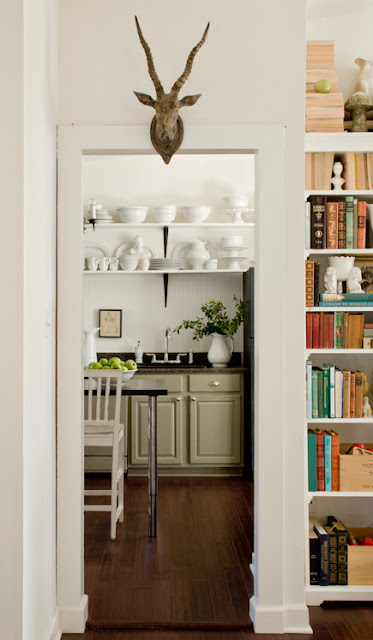 (see how jam-packed my bookshelf was??  it’s not for everyone…  especially my dad who has commented on how terrible it is more than anyone else I know 😉 😉

I found that taking the anonymous option off, still allows anyone to comment but that with a name on there, most people tend to just say things more carefully, more diplomatically and I’m actually able to take in the advice or criticism instead of being hurt by it.  To be honest, nowadays I’m able to shrug off any hurtful comments pretty easily…  Maybe it’s because I’m older & tougher/ not as sensitive now and have been doing it for so long or maybe it’s because there’s a name on there?? I don’t know…

But my blog is a personal one- I’m sharing bits of my life, my passions and my loved ones and I am inviting  people into my home or their homes in a way.  I can really take anything as long as it’s said respectfully.  I have to protect those whose homes I share on here.  (The alternative is sharing nothing.)  I understand that I am putting everything out there to be judged, and that having a blog or being in any sort of public eye puts you out there to be critiqued harshly… and so I’m  just asking for things to be said respectfully.  I know I have no right to that, because this is a public web address & all that, but I am asking for it. 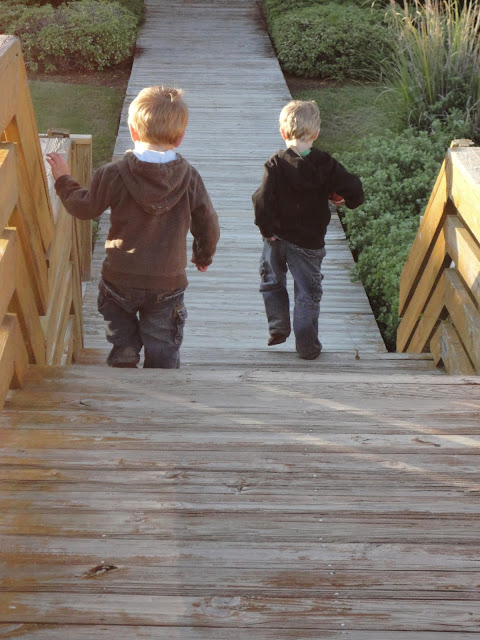 I’m so proud of everyone who’s a part of my blog too…  my mother-in-law remarks all the time on how nice everyone is in the comments…  I write for you because I feel like you’re my friends and that you want good things for me and are respectful of those whose homes I share on here.  (Because BTW- they always read a post when it’s about them!!!) I wouldn’t be comfortable writing one of those blogs that’s more like a forum where the comments sometimes get heated & dramatic and where the blog is about bashing.  I write this blog because it’s my special place & I invite anyone along who wants to be a part of that.

Most of you had me cracking up as I read the comments on my cousin’s house, by the way, because I think you really get where I’m coming from on & it had fun with it.  I’m totally okay and love that. 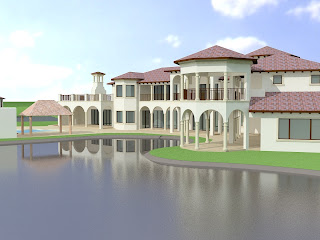 To give you an update on the plans- they’re pretty much set and are being approved by the county now.  The only exterior changes I was able to get were reducing the number of columns and turning the arches into more of an ‘eyebrow shape,’ squaring the columns off and widening some of the windows.  I do wish I could have been brought in sooner, but let’s be honest, I work on IN-teriors so I really just have to put my focus into those.  I was able to get many of the architectural details changed inside, which is where my role lies so I’m thankful for that. 😉 😉

And hahaha YES!! you all win on the overhangs!!!  I think everyone from Florida mentioned them (sadly it’s never been in my hands anyway… tear) but I am feeling better after so many of you have said that your homes are still sunny with the overhangs.  (Adam’s current house feels like a dark cave so I am hoping this next one won’t…  The ceilings are much taller and the sun will come in from that direction so I’m really hoepful.) Just keep telling me that so I can sleep better !! 😉 😉

I’ll update you on all of that next week!!!  Sorry for the heavy post on a Friday but this stuff’s been on my mind!!  Have an amazing weekend and thank you so much for reading!! 🙂