Last week, Dave & I got the chance to sneak away to the National Gallery of Art for an afternoon.  We don’t seem to enjoy the city’s museums nearly enough so when we have vacations at home, we try to get in to see one. 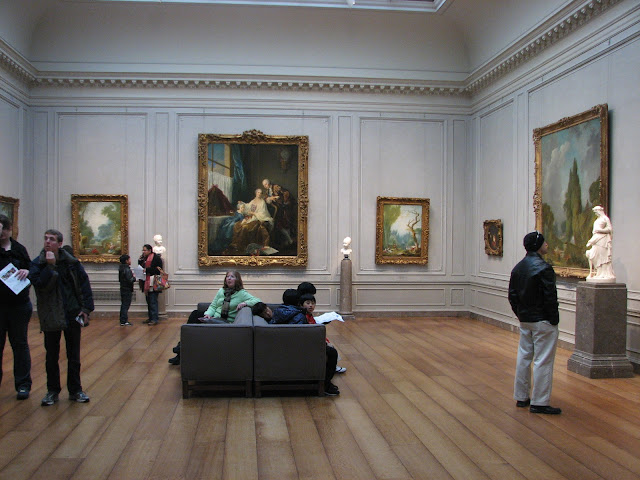 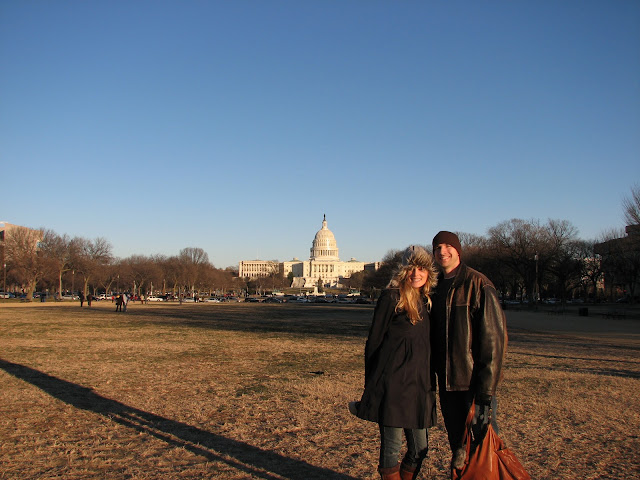 {tourists in our own city}
We didn’t have much time – only a couple of hours- so we made sure to hit up the Guiseppe Arcimboldo exhibit – visiting from the Louvre- which leaves this January.  I’d never heard of him and was thrilled with what we saw: 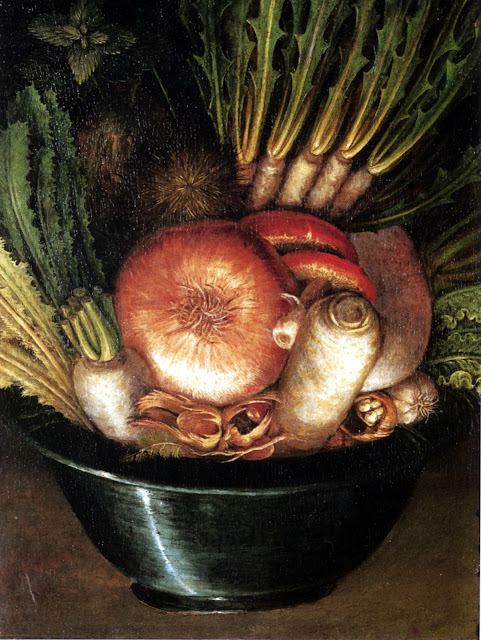 {Bowl of vegetables at first glance}
…When viewed with a mirror under the painting – which is how they had it set up- you can spy the funny face made entirely out of veggies of “the cook:” 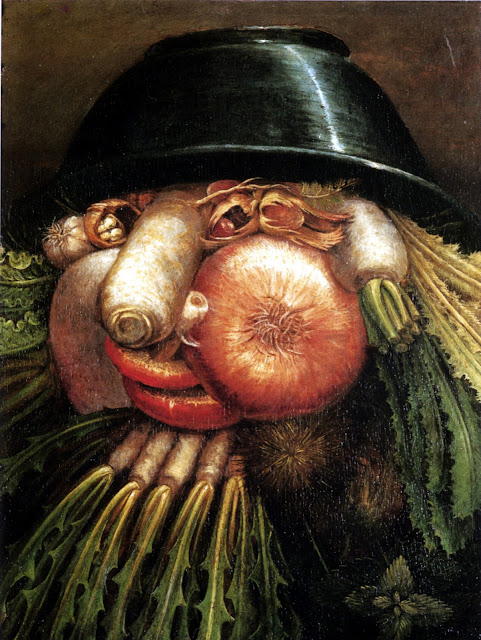 There were a few of these & I loved seeing them, many of them fairly grotesque (which for some reason I really love… remember my old men on the Da Vinci wall?) with things like plucked chickens for a noze or cheek.  yuck.
Arcimboldo was born in 1527 and eventually became the court portraitist and festival planner for Emporer Maximilian II (r. 1564- 1576) and his young son Rudolf II(r.1576-1612).   He was known for the incredible imagery and costumes he created at parties and performances.  I imagine crazy bright beautiful shows and tables overflowing with food & drinks & flowers…
Arcimboldo was not the tradittional court portraitist in that he began creating people’s likenesses out of objects such as fruit, flowers, books and plants.  He would often create a person out of objects having to do with his profession, such as this librarian out of books: 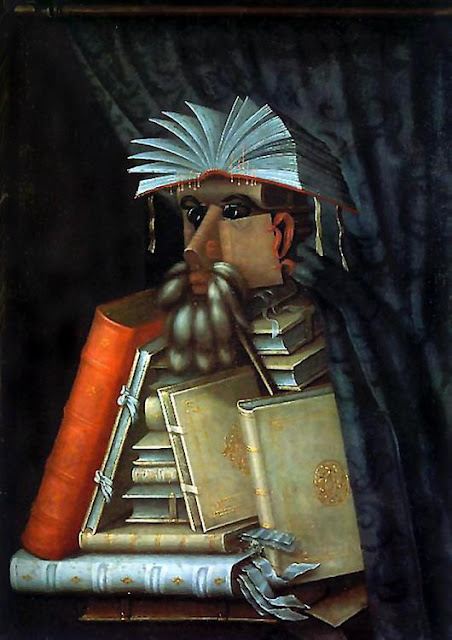 The best-known of his work is the Four Seasons, presented to Maximiliam as a gift on New Year’s Day 1569: 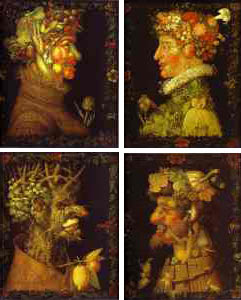 Each “season” is created out of things from that season, for example, Autum is full of apples, grapes, and leaves.  It’s hard to see on my computer screen, but some of my favorite parts of the paintings were the tight bits of foliage and flowers.  I think they’d make beautiful textiles.  (Especially Spring’s chest, top right.)
Below is “Vertumnus, a portrait of Rudolf II re-imagined as the Roman god of metamorphoses in nature and life, with Rudolf’s face composed of fruit and flowers, symbolising the perfect balance and harmony with nature that his reign represented,” (jack.rusher.com) 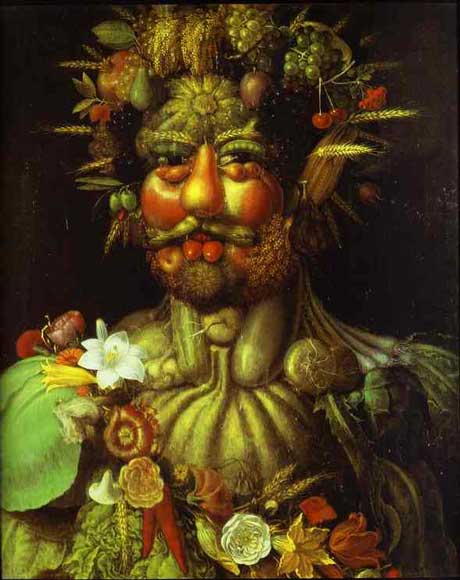 I loved Arcimboldo’s cheeky take on people.  His art is not beautiful in the traditional sense but it makes me smile and they are definitely conversation pieces.  I also just love nature and seeing people made out of bits of it is a fun surprise.
My absolute favorite part of the exhibit, however, were the volumes of botanicals and animal books (there must be a better word, but I can’t think of it right now 😉 they had under glass around the exhibit.  They were incredibly beautiful.  Seriously I was going crazy.  I want ever single one of those books.  I never really realized how many botanical books must really be out there.  We tend to see the same ones reproduced over & over but there so many more out there.  I wrote every single one of them down and plan to do some research and wee which, if any, have been reproduced.  They were so old (1500s-1600s) yet still so vibrant, many of them done with watercolor & gouache. 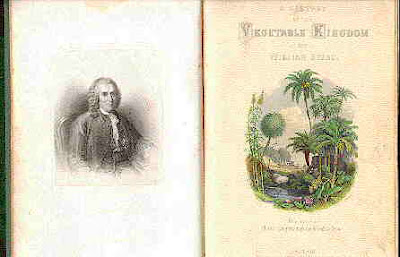 I could see how people want to collect them.  (Ok, I want to collect them 😉
Anyway, I’m off to start the day.  We had such a realxing vacation & I pretty much finished up plans for my DC Design House proposal.  Now I just need to do the design board.  I also put together a portfolio of my work(using blurb.com) because they want to see a porfolio for any new designers.  I really liked working with the blurb program and am pretty happy with the results, but the photos came out a little yellowy  (All of my funky greens look a little too yellow and are a bit off.) and so if I’d had more time, I’d try to figure out from blurb what was up with that.
Have a great day and happy new year!!!