I can’t believe it’s been so long since I’ve last written!  Things have been great here and time’s been flying as usual.  So, in case you’re interested or missed me at all 😉 😉 I thought I’d catch you up on things.

A few weeks ago, I attended the BOLD (Business of Luxury Design) Summit in Vegas and had so much fun, hanging with designer friends (Victoria Sanchez from right here- Alexandria, VA- and Paloma Contreras of La Dolce Vita = AMAZING WOMEN) and making new ones.  We loved our room at the Wynn:

I spoke on a panel about social media, but there wasn’t much time for it and I feel like we just barely grazed the surface so I’ll be doing a brain dump on that soon.  Maria Buatta, “Prince of Chintz,” spoke at the conference and I have to say he’s one of the funniest and most charming people I’ve ever met.  He’s incredibly down to earth and sweet.  Vicente Wolf also spoke and he is truly a gracious person.  He outlined exactly how he runs his business, even sharing his fees and how he bills.

{on the way to dinner with incredibly scary eyes AND Vicente Wolfe, Julia Malloy and Donna Hall}

Soon after Vegas, we left for my cousin’s mountain house in North Carolina for a photo shoot for A Field Guide to Decorating.  (My book, coming out Fall 2015)  The wildflowers there were BEAUTIFUL!!!  I didn’t have to buy a single flower and there was so much to choose from growing right on the mountainside.

{iphone pic of the goldenrod arrangement I was working on by Helen Norman.  The 12′ long custom picnic table is one of my favorite things in the house.}

Once the shoot was finished, we stuck around for about a week.  I worked on the book all day every day, we cooked and ate a ton, and got in lots of downtime with the boys.  It was incredibly peaceful and I loved being so alone with my family.   We all got a little sick while we were there, but I came home feeling rested and good about the book.  Writing the book has been such an experience…  Some days it just flows out and others it’s painful.  I go from thinking “I think they’ll love it!!!” to “it’s pitiful.” (That’s my PC blog way of putting it 😉  I plan to do a couple of more weeks like that one before the manuscript is due in December so I’m hoping that I think it’s good by the end.  I’ve always said, If I’m happy with how it turns out, I’ll be glad I did it.

{2 year old Louie/ “Gandolf” hanging in the kitchen.  He’s at that age where I have trouble not eating them!!!}

We’ve been working with that same cousin on his massive-currently-being-built home in Southern Florida.  I’ve been getting construction update pics like this one (below) and it’s about time to work on plumbing fixtures and cabinetry which means lots of late night planning. 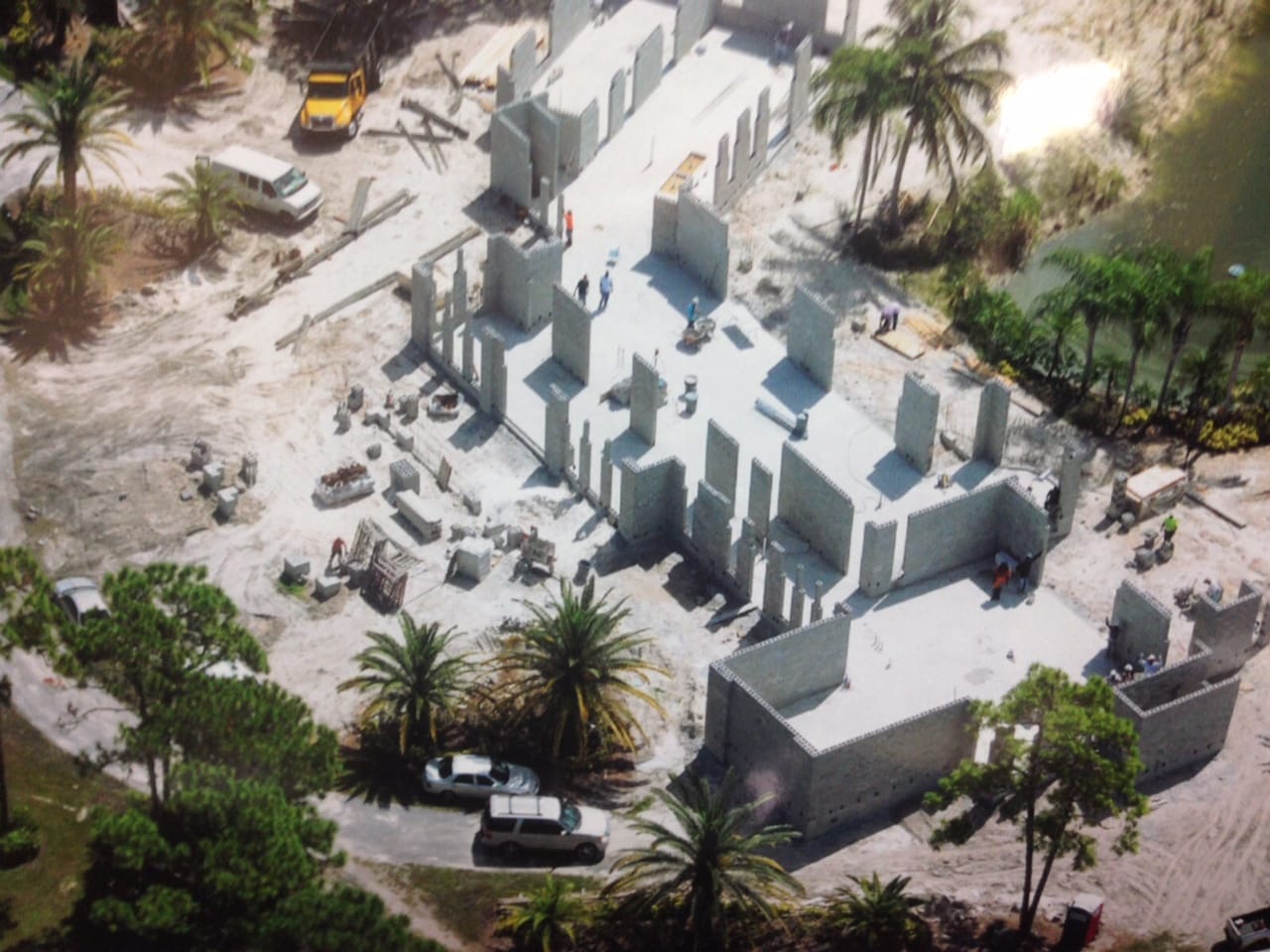 This house is insanely large.  To read a bit more about the plans, check out this post here.  (It was one my most “controversial” posts- ha as controversial as decorating can be ;)- because of how large the house is.  Sadly the comments- of people hating on and defending big gaudy houses- are gone for now.  They weren’t able to transfer over to my new blog platform and I’m hoping to fix that some day.))

A couple of people have asked about how I work with friends and family members, so here’s the deal:  When I do design work for friends or family, I don’t take a dime.  I’m not comfortable working for the people I love and think that no matter what, it changes a relationship.  Because of this though, we can’t really help very many friends/ loved ones.  Friends call me all the time asking for decorating help, and sometimes I’ll give them a bit of general guidance, but I can’t take them on as clients because we can’t afford to make room in our schedule for non-paying clients.  I feel constant guilt with this because I feel like I’m not helping enough but know if I did, we wouldn’t be in business.  (I envy the people for whom it works out for to do business with friends & family members and in no way am I saying this is “the way” to do it.  It’s just how we do it now.   We’ve had clients become good friends of ours once projects are finished but never the other way around.)

Along with our parents, I help my cousin Adam in a full-service manner with his projects because (with the exception of budget) he gives me carte blanche.  Working with him is SO creatively satisfying because I don’t have to get anything approved, and can really do what I want as long as I believe he’ll love it.  It’s a selfish form of helping, though I do it on nights and weekends so feel like it needs to be.  When we finish the projects we end up with something I’m truly proud of.  I’ve gotten to stretch creatively and when a project shines like one you’ve gotten to touch every little piece of, it’s different.  Photos of it really show what you can do, and in turn, bring the right people and clients to you in the future…  a little bit like a showhouse but even more satisfying because the people I love get to live there.

Speaking of family projects, I’ve also been helping my mom redesign her kitchen.  (We’ve been working with a great team at Cherry Hill Cabinetry in McLean, VA.  ) 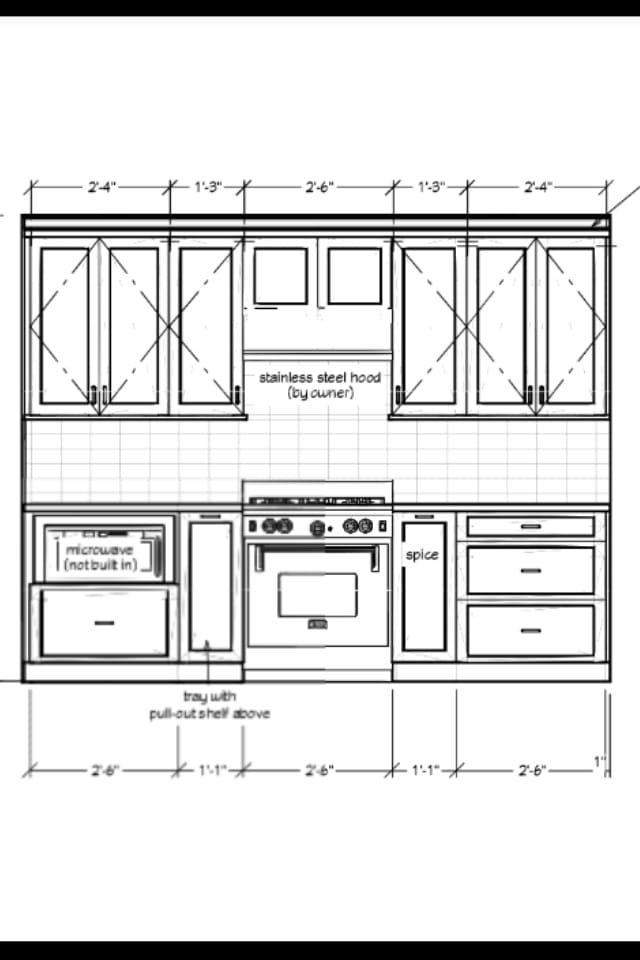 I’ll be sharing details on it another day, but I’m really excited about how it’s going to feel when we’re finished!!

As all of this has been going on, we’ve also ‘ were also been busy helping my dad- who lives in Illinois-  look for a home on Lake Gaston, which only a few hours away from us.  (!!!) We rarely get to see my dad because he lives so far away, so we are SO excited about him getting a place closer!!!  He won’t live there full-time but it’s better than nothing.   We, of course, found a house that’s in need of some updating.  Though it’s got a sort of 70s vibe (that I’ve come to LOVE!) it was built in the early 90s.  We’re starting with the kitchen, floors and bathrooms and are possibly adding a small porch/ bedroom addition.  We’re going to try to tackle it as quickly as possible as soon as we close (a couple of weeks!) so that my dad can hopefully get some use out of it this year.  If the timing works out, I’ll include it in the book.  If not, I’ll share it here.

Here’s a photo of the living room, which is open to the kitchen (not seen in pic, on the right):

{I love how the current homeowners have hung their art…  It’s probably exactly what I would have done.}

The house is on a cove right off the main lake.  Here’s a view from the deck off the living room:

I can’t wait to swim in the cove and go skiing there!!!!  Even though we need to get to it quickly, the lake house project is on the waaay back burner right now until closing (2 weeks!!)  At that point, we’re going for it and I’ll be sure to share my plans here.  It’s going to have a similar sort of natural, 70s, collected vibe to it that my house & the mountain house both have, but it’ll be hopefully obvious that the place is on the water without being over the top “coastal.”  I’m thinking a little less cream/ sepia/ warm than my house and a little more crisp white, black, wood and indigo.  Slightly cooler palette but still cozy in feeling.  I want it to have that summertime lake vibe- carefree and chill.  My dad likes things a bit more traditional & formal, but I think he’s starting to trust me so we’ll see how it goes.

I left the BOLD Summit with an overall feeling that I needed to slow down.  To take more time, to commit to less and take on less.  I thought I’d come home from it feeling like I needed to work more and faster and go go go…  I’m not exactly sure if it was something Vicente Wolfe said when he spoke or if it was more his thoughtfulness towards design and love of travel, but when he’d finished speaking, I wrote ***SLOW DOWN*** in caps across my page.  I thought about that the whole conference and came home knowing I want to make some subtle changes at work, and we’ve already started working on them.  I want to take on less and work happier.  Obviously, it doesn’t much seem like I have any intentions of slowing down, and it’s going o take a few months for the changes to actually have an effect, but I’m feeling good about the decision.  You might not notice much of a difference on your end because we still have a crazy amount of stuff on the fire so to speak, but little things will change over here, like not taking on as many projects and giving ourselves more breathing room on deadlines & timelines.  Relaxing a little and enjoying what I do even more.

Also, once I’ve finished with the manuscript for the book, don’t worry, I’ll be back more often!!!  It’s been tough to write both the book and blog.  I only have so much to put out there and right now it’s going mostly to the book.  Hope you can understand!!