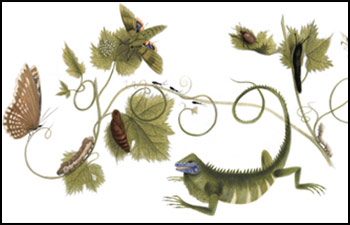 Apparently they’re called “Google Doodles” (who knew?) and today’s is celebrating the 366th birthday (odd day to celebrate— hope someone remembers mine! 😉  of Maria Sybella Merian (1647-1717).
Merian was one of the greatest naturalists of her time. 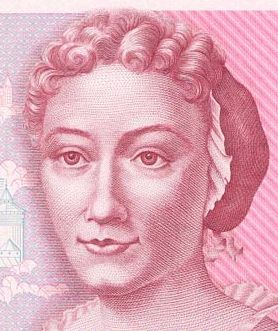 According to India Today: “She was born into a family of artists and scholarly printers on April 2, 1647 in Germany.  Maria dedicated her life to the study and depiction of the metamorphosis of insects… 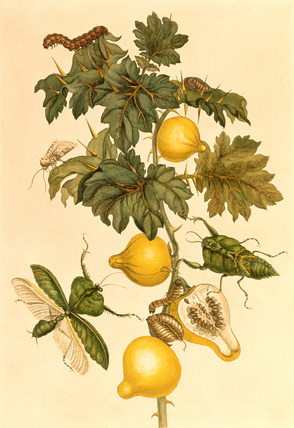 “After her father’s death, her mother married the still-life painter Jacob Marrel, who trained her as a flower painter. At the age of 13, Merian painted the transformation of silkworms into moths. Perhaps this was the beginning of her passion and her first hand observation of insect metamorphosis which later paved the way for her groundbreaking discoveries.” 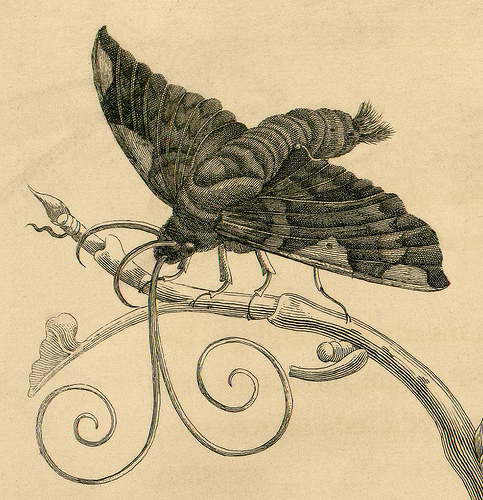 Merian “published three collections of engravings of plants in 1675, 1677, and 1680. Afterward she studied insects, keeping her own live specimens, and made drawings showing insect metamorphosis, in which all life stages of the insect (egg, larva, pupa, and adult) were depicted in the same drawing…
“In her time, it was very unusual that someone would be genuinely interested in insects, which had a bad reputation and were colloquially called “beasts of the devil.” As a consequence of their reputation, the metamorphosis of these animals was largely unknown. Merian described the life cycles of 186 insect species, amassing evidence that contradicted the contemporary notion that insects were “born of mud” by spontaneous generation.” (wikipedia) 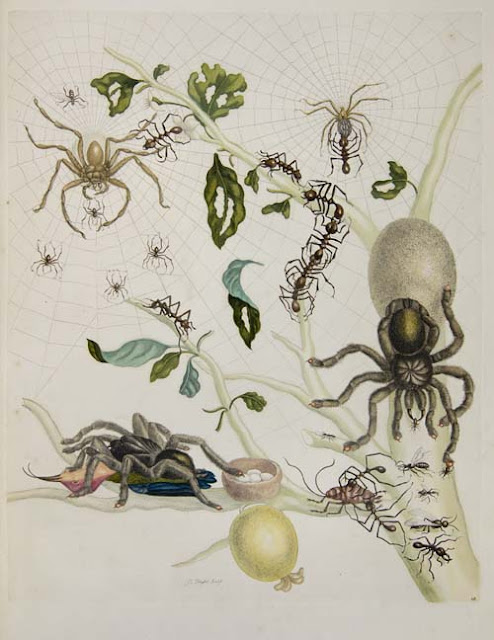 “…Although certain scholars were aware of the process of metamorphosis from the caterpillar to the butterfly, the majority of people did not understand the process. The work that she published was very popular in certain sections of high society as a result of being published in the vernacular, but her work was largely ignored by scientists of the time because the official language of science was still Latin. 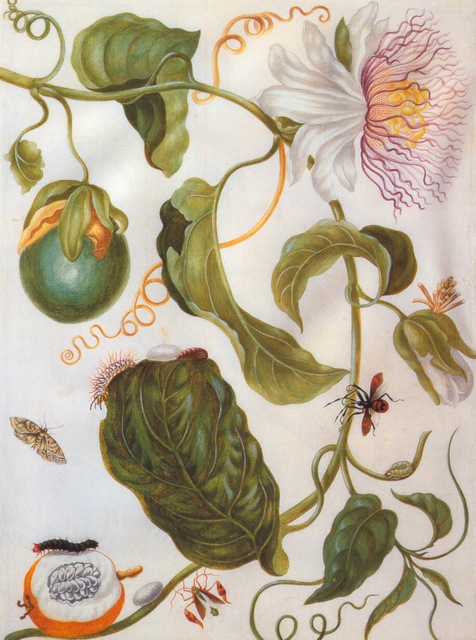 “She is among the first naturalists to have observed insects directly. This approach gave her much more insight into their lives and was contrary to the way that most scientists worked at the time… 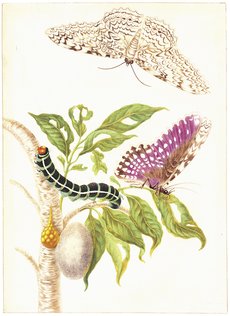 “The pursuit of her [government-funded] work in a Dutch Colony in South America was an unusual endeavour, especially for a woman. In general, only men received royal or government funding to travel in the colonies to find new species of plants and animals, make collections and to work there, or to settle. Scientific expeditions at this period of time were not common, and Merian’s unofficial, self-funded expedition raised many eyebrows. She succeeded, however, in discovering a whole range of previously unknown animals and plants… Merian spent time studying and classifying her findings and described them in great detail. Her classification of butterflies and moths is still relevant today. She used Native American names to refer to the plants, which became used in Europe.”  (wikipedia) 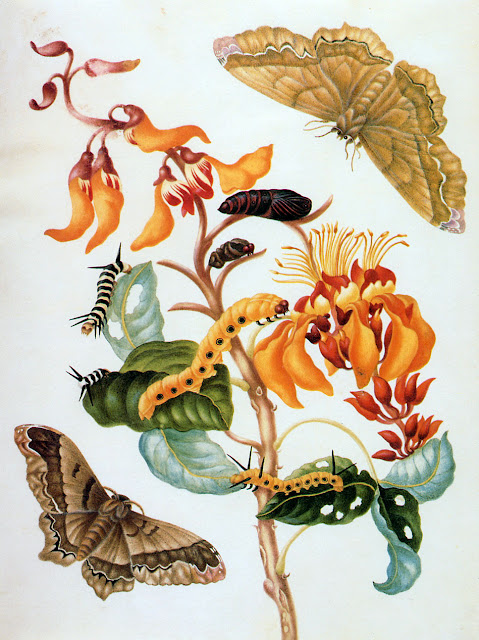 “Her lavishly illustrated book, the Metamorphosis Insectorum Surinamensium (The Metamorphoses of the Insects of Suriname- 1705) depicted the life cycles of insects she had studied. ” (India Today)What I wouldn’t do for that book!!!!!!!!!!!!!

In the foreword she writes, “In my youth, I spent my time investigating insects. At the beginning, I started with silk worms in my home town of Frankfurt. I realised that other caterpillars produced beautiful butterflies or moths, and that silkworms did the same. This led me to collect all the caterpillars I could find in order to see how they changed”. (Wikipedia) 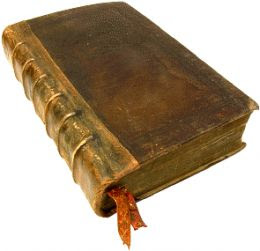 {an image of an antique book, not THE book}

Recently I was working on putting a collection of what I thought of as “botanicals” together for a client and noticed that the artist whose work I was pulling from (Merian) was using lots of critters & bugs in the flower illustrations, which I thought was so unique. (I have a botanical obsession and so anytime I find some that are different, I get really excited!!!)  I had no idea she was female (All I had to go on was “Merian”) and or that the bugs themselves were her true focus/ passion.  I also didn’t put two and two together that I’d used her work on other projects before because they’d been fish and not botanicals.  I was so surprised to look into the google doodle today and find so much information about this artist whose work I’ve loved & used in the past.

I could definitely be one of those rich old men who collect rare books in a massive home library…  (If I were an old man or rich 😉  And I’m perfectly fine smattering naturalist drawings on the walls of almost every room in my house…  There’s not much I find more beautiful or thought-provoking than botanical/ nature studies and there are so many incredible sources & artists out there. 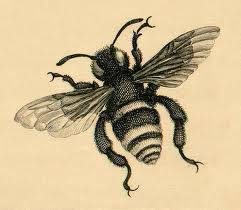 Anyway, I’m off to my family!!!  Hope you enjoyed finding out more about this talented woman…  I’ve learned that it’s time I start doing more research into the artists whose work I love, rather than waiting for google to inform me 😉 😉