Hope you’ve been enjoying the last couple of weeks of summer! Things have been moving along here with our housing situation, and the offer I mentioned we made on a more “normal” house in my last post was accepted!!  We’re sad to leave our place and the kids’ current school but also really excited to start putting down roots. 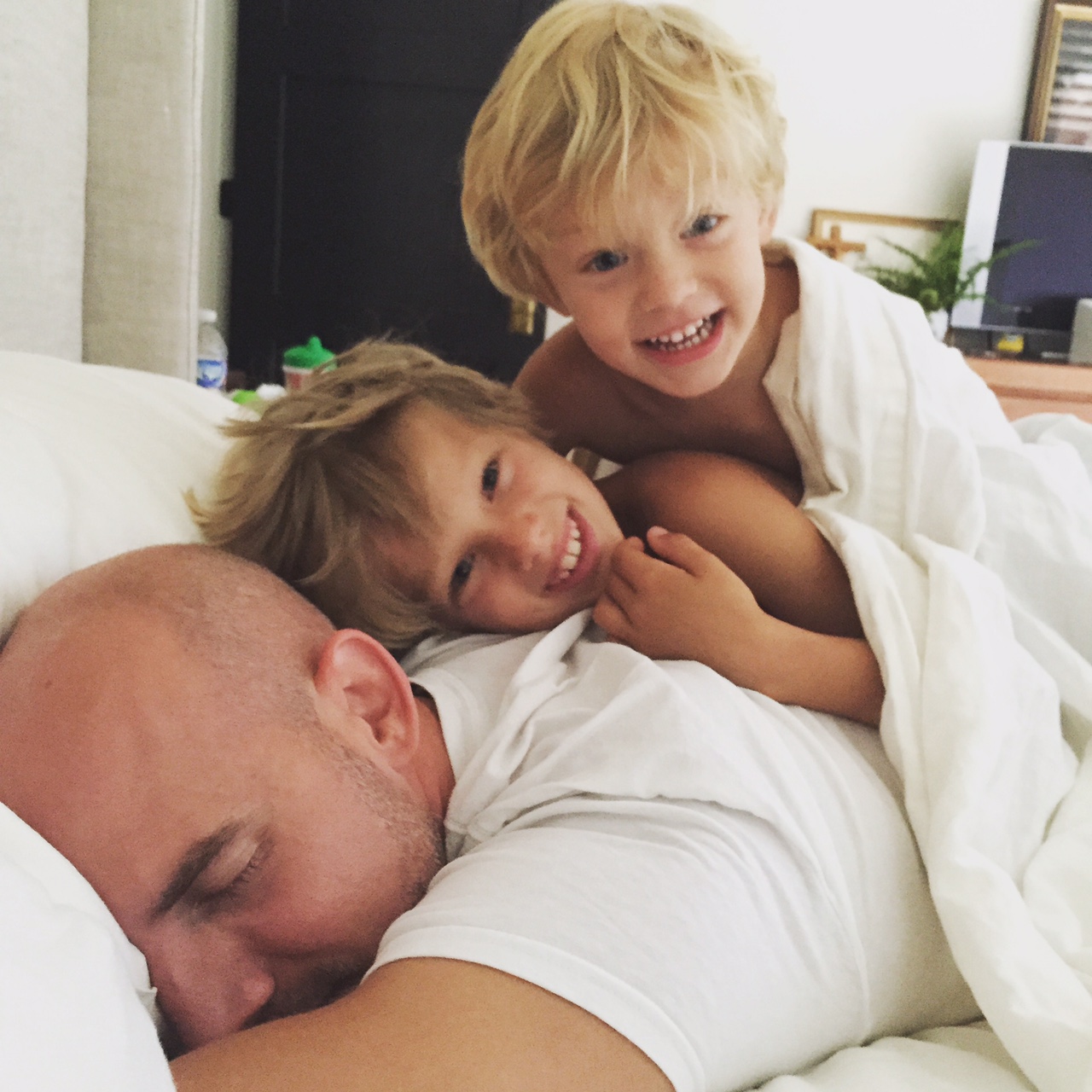 {In between our house deals, we’ve been squeezing in lots of quality time with the kids.}

Here’s a quick rundown on our new place…  I like it and love what I think it can be, but I’m not crazy in love with it yet.  What I do love is the convenient life I think we’ll have there, the number of bedrooms, the livable floor plan, the structure of the house itself, the views, the neighborhood…  but it’s got a much smaller yard, is traditional and just so much more “normal.”  As obsessed as I am with houses and with creating something totally unconventional and perfect for us, we felt like we need to go with what’s best and easiest for our family as a whole right now.  It’s not yet a “dream house” to me (no outdoor shower- tear!!!) but I’m so excited about the type of life we’re moving into.  (And I guess it’s weird that I mention the type of “life” we’re moving to…  but to me, that’s sort of what houses are.  They’re the backdrops for our lives and so moving into houses feels like picking different sorts of lives in a way.)  And this house will be so different for us…  shorter commutes for the kids’ schooling (both now and when they hit high school) more bedrooms, TONS of storage, and a kid-friendly basement. WOOOHOOOOO!!! 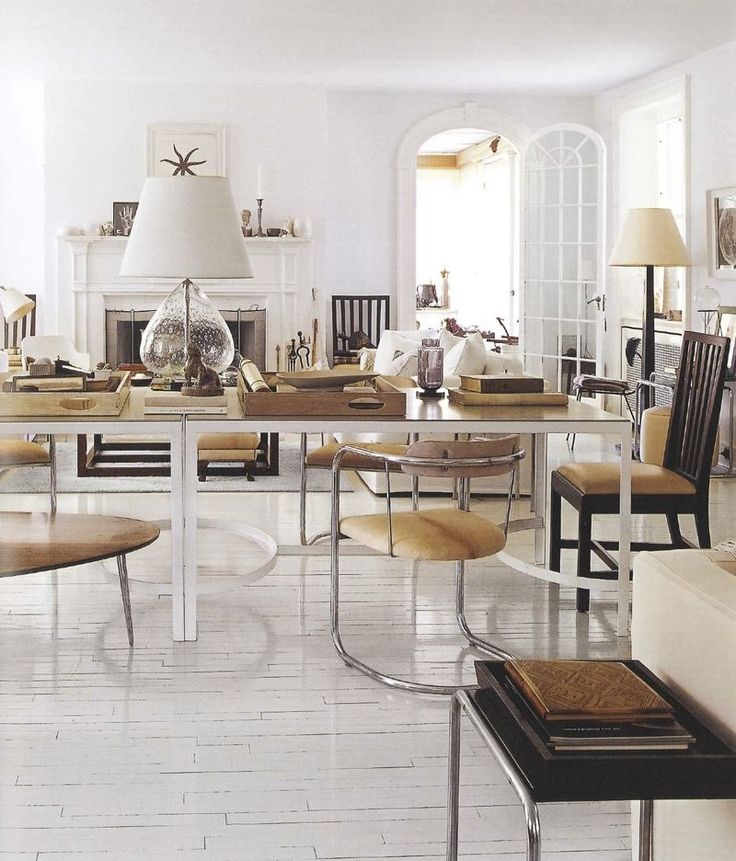 {One of Thomas O’Brien’s homes… it’s long been a favorite of mine.  It looks nothing like our new house but we’re painting our floors too!!!!  I haven’t yet selected the color.}

I’ll share photos of the house once we close (SO soon!!) but hope you can understand that from here on out, I don’t plan on discussing our actual location/ town and all that due to privacy and not wanting to discuss my kids’ school locations online.  There’s been confusion/questions in the comments about where we’re actually moving to and, I’ll admit, for the past year or so, I’ve purposely kept where we’re going very vague (sorry!!) but I’ll leave it at this: we looked into a number of towns near various Catholic high schools throughout the DC/ Maryland/ Virginia area and are thrilled with where we’re ending up.

As we house-hunted, I was open to all sorts of architectural styles (even though I‘ve found myself gravitating more and more towards a sort of rustic-modern vibe on a personal level) but my one sticking point was that the house needed to feel authentic or have the potential to feel authentic when I finished.  The house we found is traditional…  Nothing at all like our current house, which is a tad sad because our current home is so right to me, but also really exciting because I get to do a little decorative stretching, which I love. 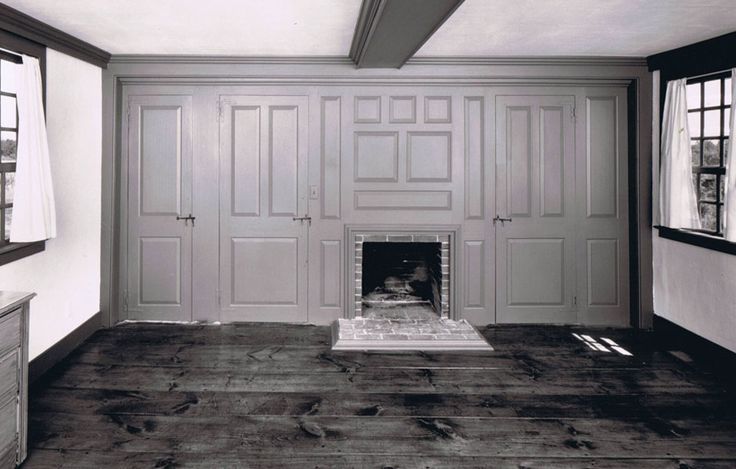 {Image from sunderlandperiodhomes.com…  I want to make our new house feel more authentic so I’ve been taking inspiration from old homes and traditional millwork. }

So my goal with the new place is pretty straight forward- to get the house feeling authentic and older yet fresh, relaxed and natural/ a tad rustic with a little bit of modern mixed in. 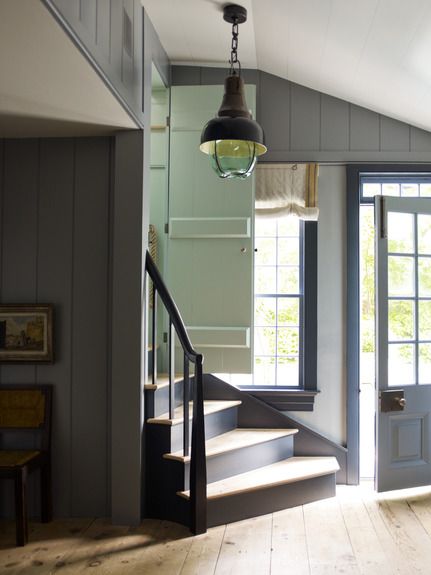 {A space by Steven Gambrel…  to me, it feels authentic and old, yet modern in its sensibilities- simple, spare, sculptural and clean.  It’s a bit like what I’m going for, but I want to mix in some MidCentury…}

Once we close, I’ll give you a full tour outlining my plans- eeek so excited!!- and walk you through my thought process.  We begin demo the day after we close and it’s going to be another living-under-construction situation for a while.  We want to get moved over to our new place as quickly as possible because the kids start school soon and I’m pretty positive getting them to their new school on time from our current house is not going to be awesome.  Like I mentioned, I’ll be posting about the entire process on the blog and instead of mostly “big reveals” and “after” photos, I’ll be sharing all along so there will be lots of not-so-pretty / in-process pictures and lots of “whys” and lots of awkward in-between phases for my house.  🙂  I’m taking the decorating slower than I did last time (we’ve got a much bigger place to furnish) but we’re attacking the bones of the house with a vengeance.  I’ll be dosey-doe’ing the furniture around the house as we gradually fill it all in.  I’ll be back soon with more details!!