Skip to content
Skip to content
Since our house was featured last Spring in Domino, I’ve been meaning to go room-by-room with before & afters of our house and kept unintentionally pushing it off, so I thought I’d pick back up today with it in the dining room.
The dining room was the toughest room in the house for me do.  We needed privacy for our then-office (when we worked from home) which is now a family room (in the back of the photo below) so we removed the cabinetry between the two rooms, stole a little bit of the dining room for desk space and added a wall with pocket doors to the end of the dining room. 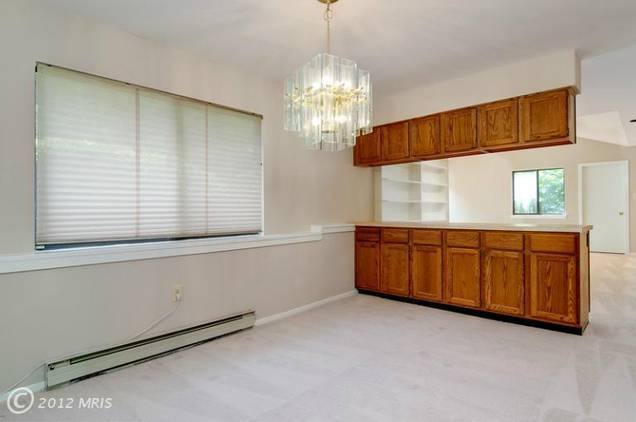 When our kitchen shifted two feet further into the dining room (we stole dining room space from both ends!) the new dining room wall butted right up to the existing window on the left side, which was definitely awkward.  In the photo below, our dining room now starts where the doorway on the left ends.  It was a simple carpeted pinky-ivoryish space with a really great wine rack: 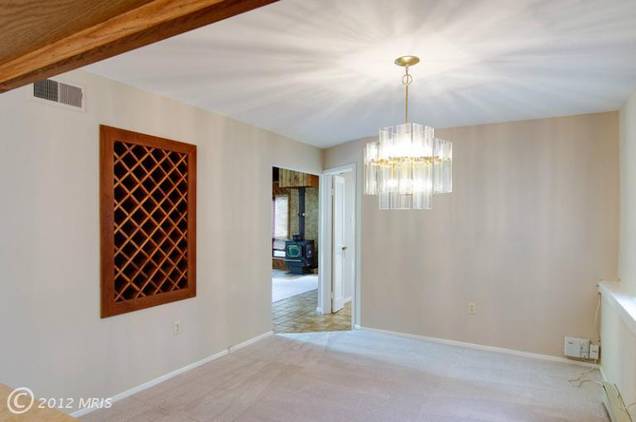 Stealing space from our dining room for our kitchen and office had made it into a small, dark, awkward little pass-through room.  (It has always been a pass-through…  it was just worse after we’d taken so much space from it.)  The ledge across the back wall was also something I needed to figure out.  We actually really enjoyed having friends over for dinner in the space because it felt so removed from the rest of the house  (I.e. kids playing in other rooms wasn’t so bad 😉 so I wanted to love it.  It was the last room in the house I did because I couldn’t figure out how to make it special.
And here’s what it looks like now:
After struggling with what to do with it for so long, I finally sat down and thought about how I wanted it to feel in there.  I’d always realized I needed to embrace its smallness and make it feel cozy and intimate but I wrestled with how to do that and not make it a jarring transition from the rest of the house.   Instead of going dark with the walls – which was where I’d been going all along- I had the ceilings done in exterior cedar plank siding.  We didn’t have anything special done to it- there are literally a few boot print stains on it that we like- we just asked the guys to do it “randomly.”

The table is one of our old metal parsons desks and the chairs (by Verellen) are slipcovered in hemp.  I used heavy unlined linen curtains and woven shades to disguise the fact that the edge of the window is literally at the wall.  The hutch on the back wall is by Caracole and I’ve loaded it with our servingware and random things I’ve collected.  It’s a bit of a catch-all and every once and a while I need to go in and fix it after I’ve destroyed it from photo shoot pilfering.  The vintage pendant above the table is made of brass & capiz shell. 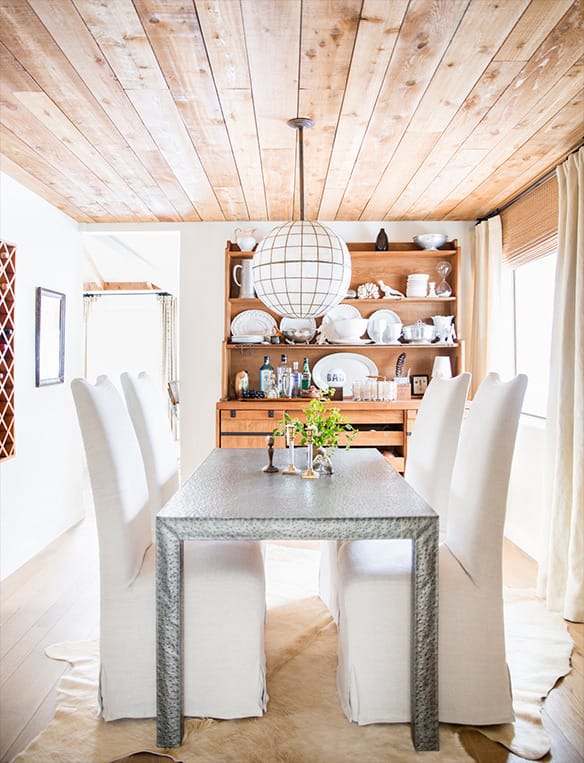 {I also love this photo taken by Brittany Ambridge for Domino, above.  It was during  a brighter time of the day and there was snow everywhere so it came out much lighter.  I styled the back hutch as a fun little bar area and in this photo the shelves on the hutch are a bit crazy the way they usually are…  so check out the randomness.  That’s something I found incredibly different & refreshing & even scary (!!)  about Domino when they came to shoot…  what you see is what you get.  They shoot everything as-is and the homeowner’s generally the one styling.  They didn’t bring a thing into my house.  I did the flower arrangements, which were very simple and plain, made of what was readily available the way they normally are for me “in real life.”   So different, but interesting to know for when you’re reading Domino… you’re really seeing the way people truly live…  on a “neat” day 😉 }
The vintage “man” painting below (I can’t stop collecting them!!) is one of my favorites: 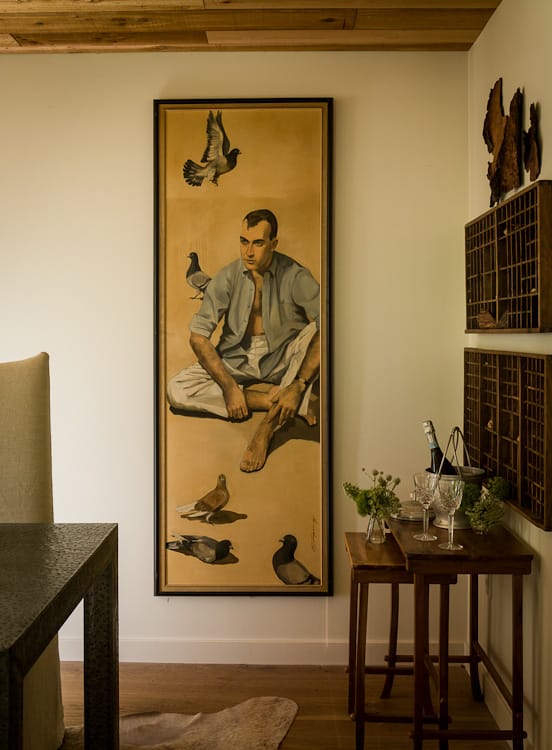 We have four “nature boxes” (old printers’ trays full of nature finds) displayed at the end of the room flanking the door to the family room hall.  (2 seen in the photo above)  We found some great bark that had sloughed off a fallen tree in the woods so I nailed it on the wall above the trays.  Honestly, I could go crazy with that stuff.  I want more.
The wine rack stayed (below) and we love that thing.  We removed the trim around it for a simpler streamlined look: 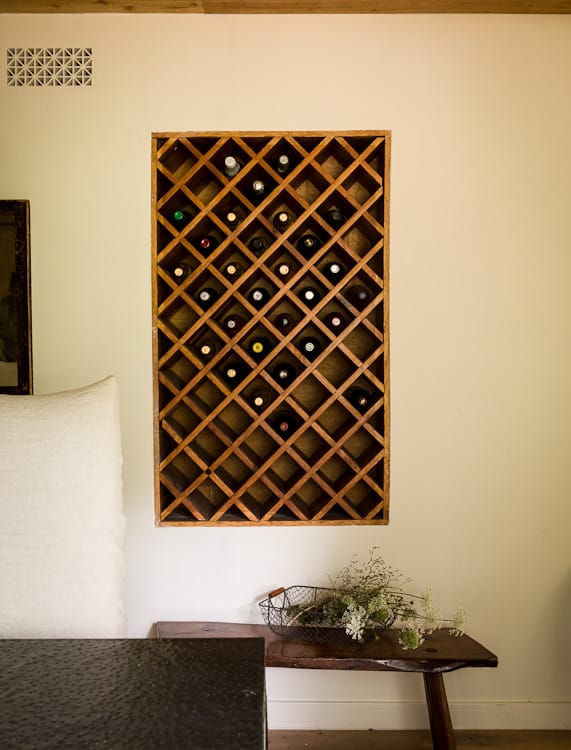 As a family, we don’t eat there very frequently but the table & chairs gets lots of use as a “fort.”  We use it mostly for smaller dinners and when we have parties, we all end up in the dining room by the end of the night because the music gets the loudest in there.
Now that we have the family room instead of an office and don’t need as much privacy, I kind of wish we hadn’t stolen so much space on that end of the dining room, but ah vell.  If we ever get to the point where we were entertaining for large numbers of people more formally, I could see taking back a little space, but for now, it’s dance parties and forts 😉
*”After” pics taken by Helen Norman
To check out our whole house in Domino, click here