So it’s finally happening…  our 80s bathroom redo!!!  When I say “80s bathroom”, I really mean “80s bathroom.”  It’s so bad it’s
almost good.  (My friend with a fashion line talked about doing a shoot in there.) Don’t get me wrong, I mean this with no disrespect to the owners
who built it… because back then it would have been amazing…  it’s just TIME.) 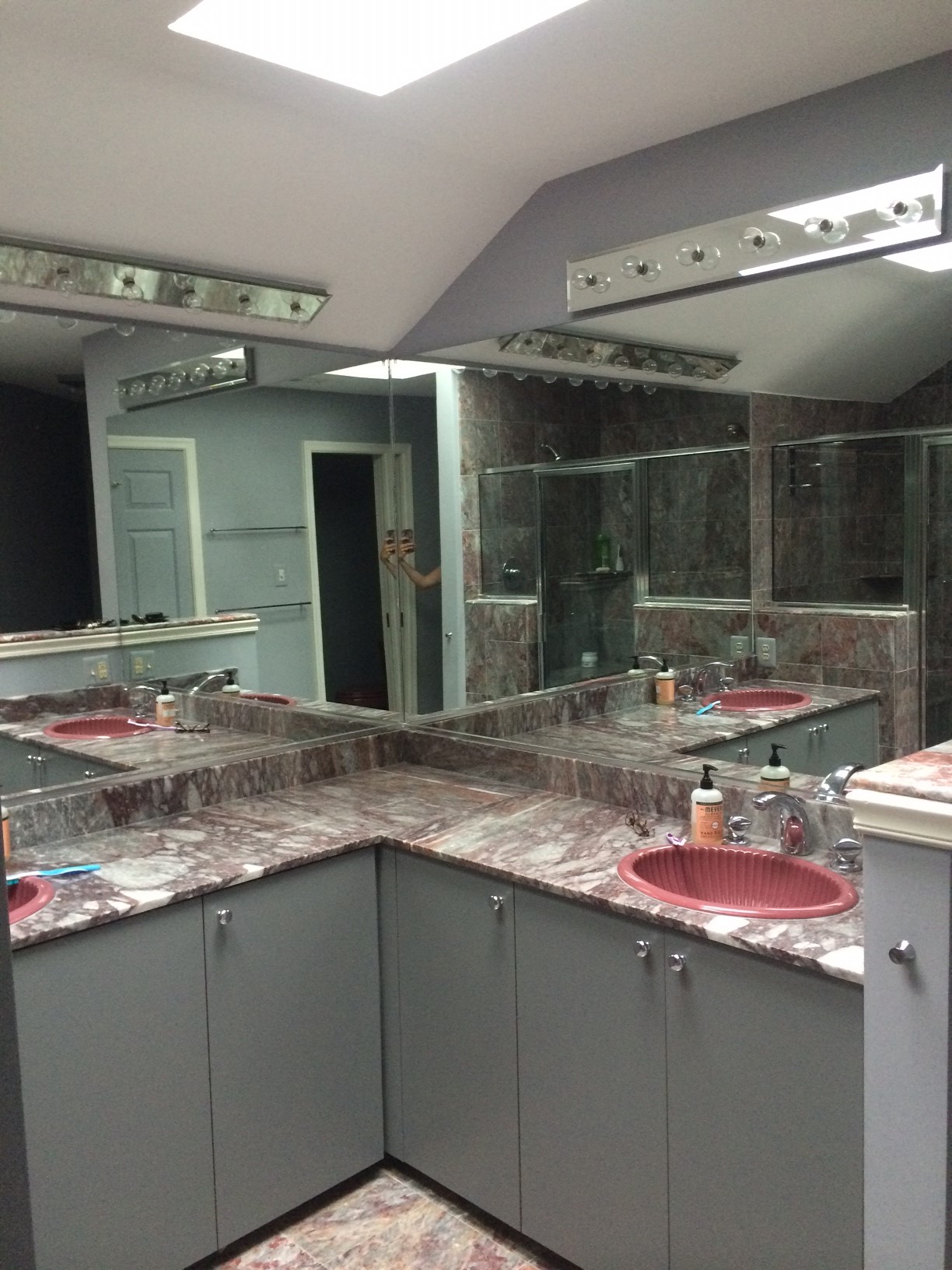 {our bathroom in all its pink marbled glory}

I have to be honest, though…  I really haven’t minded the bathroom itself that much for the past ten months or so since we’ve lived here.  It’s
been functional; it’s a great size and we love the large shower (awesome for piling multiple kids in at once!) and I love the skylights.  It’s
been fine just knowing eventually we’d change out the mauve and marble.

What I did mind was the fact that the bathroom was/is the HALLWAY into our master bedroom.  This bathroom was like grand central at
our house and created serious privacy issues.  I can’t count the number of times we’d all get walked in on per day.  It’s just a way of life
right now.

When we bought our house, we were told by the selling realtor that the main reason the house had been sitting on the market (for around  months or
so) was because everyone complained about the bathroom being the hallway to the master bedroom addition above the garage.  I think the house would
have stood more of a chance of selling if the master bedroom addition hadn’t even existed because it was just really confusing to people and looked
like an expensive/ tricky problem to fix.  Every now and then we thank our bathroom for being what it is because we don’t think we would have
gotten the house without it.

Anyway, now that we’re thinking about selling, we’re tackling the bathroom.  (Actually, we’re tackling four bathrooms so this should be a busy month.
(We’ve got our eye on a place right now so I’ll keep you posted but if we do put our place on the market, we want to do it in August so we don’t
have much time to get it all done eeeeek)  We also might not sell so the challenge is to design the bathroom so that we love it and it’s taste-specific
enough for us in case we stay a while but also so that it’s appealing to general buyers.  (HELLO painted white floors!!!  Definitely wasn’t
thinking “general buyer” on that one! 😉  I’ll be going pretty classic with a little bit more of me in the accessories.

Here’s what the floorplan currently looks like and you can see the bathroom has a hall running through it to the master bedroom with the toilet on one
side and the rest of the bathroom on the other side:

…And the toilet will move into the bathroom, a wall will go up (it’s been completely open!!) -so that people don’t walk through a bathroom to get to
the bedroom – and a small secondary laundry closet will go in where the toilet used to be:

Dave (and our nine year old) started on the demo and the plumbing is being rerouted this week!! 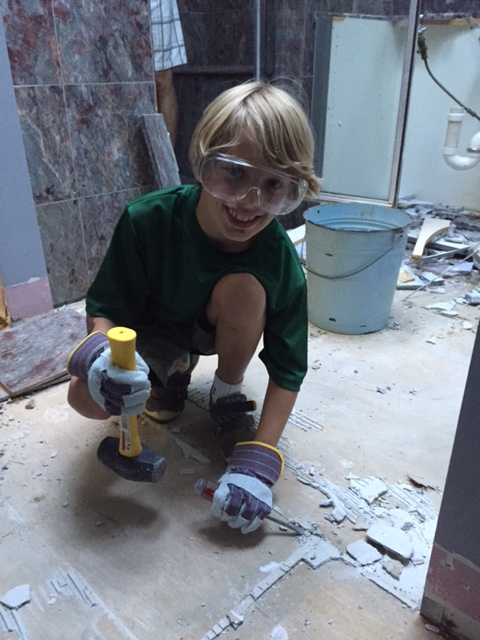 {a huge fan of demo} 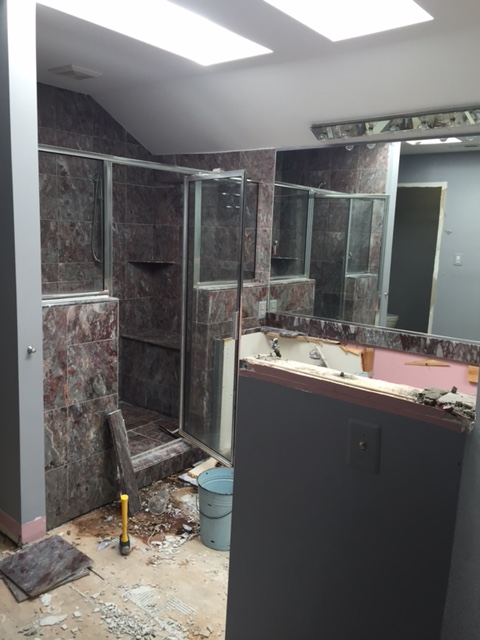 I’ll keep you posted on our progress!! (And also on that house which I’m SOOOO excited about but don’t want to get my hopes too up about in case it
doesn’t work out.)