Often times clients show me a room and ask me what I would do- what colors I would use, what materials, etc.  For me, this isn’t how it works.  I might know how I would want the space to evolve if it were for me, but until I’ve really grasped my client’s style and their dreams for the space, I really can’t answer that question.  I always need to know who my audience is.

Once my clients & I have agreed to work together, it’s all about me drawing out my clients’ wants, needs, tastes, style, etc. to create a vision that I think will be “best” or “right” for them and will work in their home.    It isn’t however, the only “right” way to do the space.  If 10 different designers came into that home, there would be 10 different “visions” for the space, all based upon the client’s wants/needs and the designer’s own aesthetic.  They might all be amazing to viewers like us, but I’m sure the client will have a favorite or “best.”  It doesn’t mean the others were wrong, however, just not “right” for the client.  The one that might look “best” to outside viewers might not be the homeowner’s choice…

Design is personal.  It’s one of the reasons when doing a room reveal, that I often explain what I or my client was going for in the space…  An overall mood, feeling, style…  Because there are many “right” ways to do a space, but I want you to know why I made the choices I did.  Coming from the point of view of the homeowner/ designer, a design is often much better understood.  And understanding is one of the first steps in liking.

{Design by Betsy Brown, Photo by Don Freeman}
Before we were married, I knew my husband was the one for me because I felt more understood by him than anyone else in the world.  I didn’t have to explain the “whys” of everything, because he just knew why because he understood me & where I was coming from and liked me because of it. 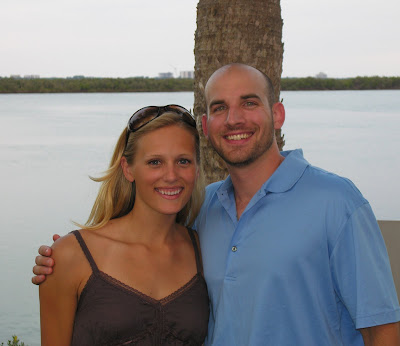 {us}
It’s similar with a space…  If viewers or “judges” (like us blog readers! 😉  know where a client is coming from and what he/ she wants out of the space and how he/ she wants it to feel, we understand it better and appreciate it.  I’m not saying that we cannot judge a space if we don’t know where the owner/designer is coming from, but that having that information helps us understand a space a bit more, and in turn, helps us appreciate it.  We may not like even one teensy element of it for our own homes, but we’re able to see the beauty in it for someone else.
{Cathy Kincaid, Photo by Reed Davis}

I don’t do “one” style of decorating/ design.  I can’t.  My clients all have their own unique styles and I go where their styles take me.  Yes, my own style/ aesthetic plays a major role in how a space will turn out, (which is why there’s often a “look” to rooms a designer’s done) but it’s not limited to styles of furniture or decor…  it’s present in the way the space is put together. 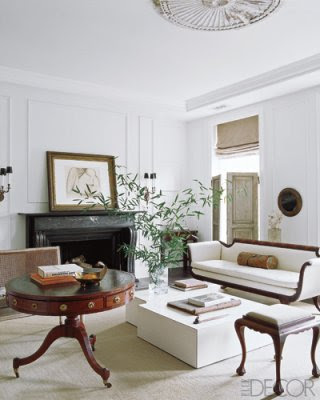 When you love & appreciate a variety of different styles, you can recognize that there’s no one style that’s “right”  although you probably have a personal favorite or favorites that you want in your own home.  But when critiquing and evaluating others’ interiors, to think that only one style is beautiful/ good is really limiting and elementary.  Trust me, I’ve been there!!

When I first really became interested in decorating & started experimenting with my first apartments, I began creating rooms that adhered to a “style.”  My dining room felt a bit “cottage” and when you were in there you got this feeling.  My living room was kind of an “Eastern” mix full of things from my grandparents’ extensive travels. There was another feeling in there.  (And it was right next to the dining room so it wasn’t pretty! 😉  My bedroom had a mahogany 4 poster bed and felt a bit British Caribbean…  I could go on, but I think you get the point.  I began with pieces of furniture or accessories that I’d been given or bought & created rooms around them, collecting other items that “went with” others.  It was more “themey” however, because it wasn’t authentic and wasn’t personal to me. I was creating rooms around furniture/ things, not around and end goal/ mood/ atmosphere.   It should be the other way around:  “Things” are our tools for creating atmosphere. The rooms were great at that time for me in the sense that I was experimenting & using my place as a canvas & learning to put rooms together, but they were totally out of context all squeezed together room-by-room in an apartment.

So what I’m saying is, I could do a home for a client who lives in a cottage and who wants that “cottage” feeling throughout her whole house and we could use lots of cottage-type pieces and it would be appropriate.

What’s inappropriate or inauthentic is when it’s forced or out of context.  It’s like the girl who shows up to the backyard barbeque in 4 inch heels and a short skirt:  she looks great but totally ridiculous for a bbq.  Had my apartment dining room actually been in a cottage, it would have been much better!  (And our girl would look so much better on a hot date than with her heels sinking in the grass at the bbq!) 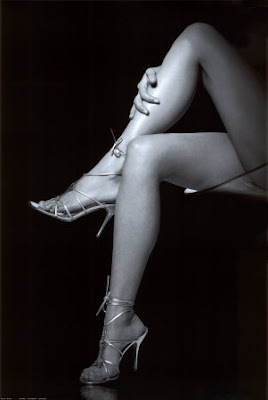 There are people out there who say they hate neutral interiors or colorful rooms or “cottage style” for example.  Does that make it wrong or bad?  I don’t think so.  (hahah only in the case of my dining room!!)  There’s good and bad of everything and I think the important thing to ask yourself when judging a room is:  Do I maybe dislike this room because it’s not done in a style I like or is it because it’s not done well?  I believe we can learn to appreciate many different “styles,” just as we can appreciate the value of a well-executed space.

Painting the Rat:  It’s similar to art.  Show a photo of a rat to Monet, Van Gogh, and Da Vinci and have them paint it.  Each of the 3 paintings would be totally different yet all of the same rat.  Think of the rat as the “style” and the Painter as the “designer” with his/ her own aproach/ aesthetic.  If you have a problem with the photo of the rat in the first place (the style), then you might not like any of the paintings (the interiors) or even give them a chance because of their subject.  If you close yourself off to a room because of its design style, you won’t be able to appreciate it or understand it and you lose the opportunities to grow/ learn/ hone your eye.

Which Rat Do You Like Best?:  Once you have opened yourself up to the photo of the rat, acknowledging that maybe you don’t like the subject matter of a “rat” but you can appreciate the value of a well-done rat, you can begin to evaluate & appreciate the artists’ interpretations.  You don’t even get to that stage if you shut out the paintings because their subject(style) is a rat (a design style you don’t personally like.) Here’s where the artist/ or designer’s personal aesthetic/ style / approach to design comes into play.  Just as each artist’s rat painting would have been executed differently & in his own style, each designer’s interiors are executed differently & his/ her own style.  If a designer is good, he/ she can give you a rat if you want one, just as the painter can give you the rat.  If a designer isn’t good, then the overall vision he/she  is was trying to achieve for the client would be hazy or lost and it would be a badly done room, as if a terrible painter (like me!) were to attempt the rat. 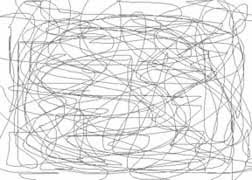 You might personally love Monet’s rat, but not like Da Vinci’s rat.   It’s great for you to have an opinion, a favorite that you’re passionate about, and by dissecting the reasons why you like one and not the other, you grow.  You could never have done this if you closed your eyes to the paintings in the first place because they were of ugly old rats.

Does this make sense?  It’s okay to critique/ judge, but I do believe we need to be open to design styles other than our own if we expect to grow/ learn/ appreciate design.

This doesn’t mean loving everything.  There are plenty of rooms I don’t like and even after hearing from where someone was coming from, seeing that the homeowner adores it and that it is appropriate, I still don’t like.  That’s fine!  We don’t have to like everything (and definitely won’t) but it’s good to dig deeply and ask ourselves “why?”  …  To just mentally pinch ourselves to doublecheck that it’s not because it’s done in a style that’s different from ours or because we might not understand it.

Rooms shouldn’t need a translation but there are so many spaces that grow on me the more I study them.  (And on the other hand there are rooms I initially think “So pretty!!” and then upon further inspection/ study, they kind of start to bore me…  some of these even being my old houses!)

So maybe a room isn’t done exactly the way you would do it, but can you appreciate it anyway?  Is there in fact more than one way to skin a cat?

*All interiors from House Beautiful unless noted otherwise