Skip to content
Skip to content
A while ago, I was contacted by a very special client, Jennie, who’d recently moved into a new house.  Jennie & I had met years before at a seminar I gave at Pear Tree Cottage in Vienna (when I was pregnant with my second son, Justin)  and had really hit it off.  As soon as she called- 4 years later- I knew exactly who she was and was thrilled to hear that, this time, she was pregnant with her second child!
Jennie & her husband, Eric, had their hearts set on a very traditional Colonial for their young family, but fell instead for an incredibly-roomy house built in the 60s.  They were looking to make the house feel more traditional and sophisticated yet still be comfortable.  They love to entertain and Jennie really wanted a home that suits her style.  The first room Jennie set her sights on was the living room, which you enter first and will have the most impact on how the house feels as a whole.  She wanted it to be more formal than their family room off of the kitchen and Jennie was drawn to neutrals and blues and a fresh traditional “pretty” look..   The room is fairly small and opens to the foyer and dining room but it was important to us that we really make it its own special space and to encourage lingering and relaxing with friends.
Here it is when they first moved in, Jennie patiently waiting for a design plan and her new furnishings:
And here it is now (or actually around Christmastime, which was when I took the photo.): 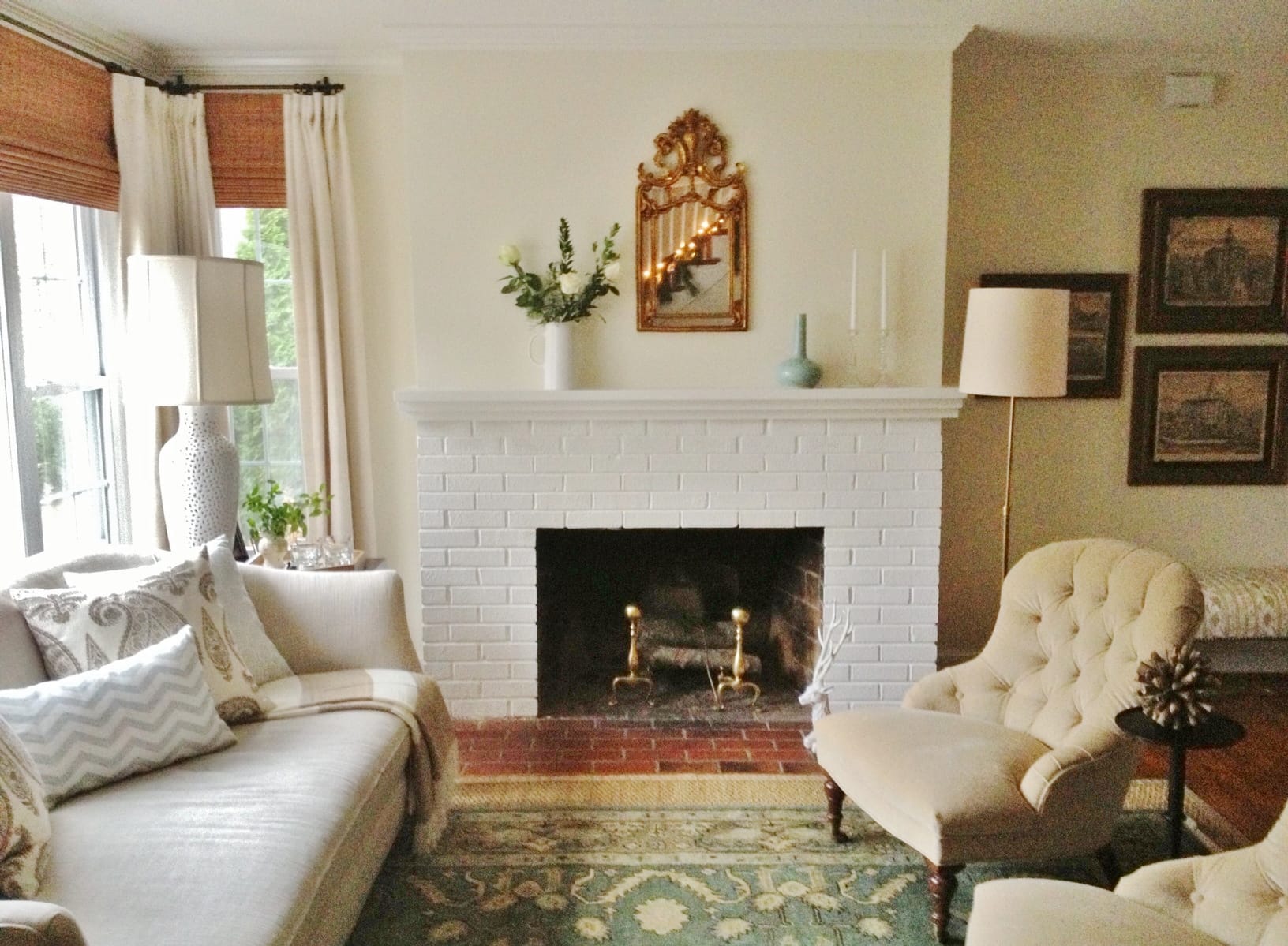 We’re still waiting for the coffee table. (I just adore backorders 😉
Completing this room was a race against time as Jennie neared her due date!!  Jennie decided she wanted what she could have as soon as it was ready, so we broke my cardinal rule(!!) and put Jennie’s room together bit by bit….  I have a very soft spot for pregnant & new mamas 😉 😉
The first thing I felt we needed to address in the room, to achieve Jennie’s more traditional look, was the fireplace and its unbalanced built-in.  We had the built-in and wood paneling removed, added in a few more bricks to raise the mantle height (which originally felt awkwardly low) and had a simple tiered wooden shelf made for the mantle.  (Using 3 tiers allowed us to go with a deeper mantle to accommodate arrangements & accessories…  One shelf would have looked much more modern/ simplistic and a bit awkward.)

We placed a bench upholstered in LL Textiles “Boho Stripe” and framed antique plats where the built-ins used to live: 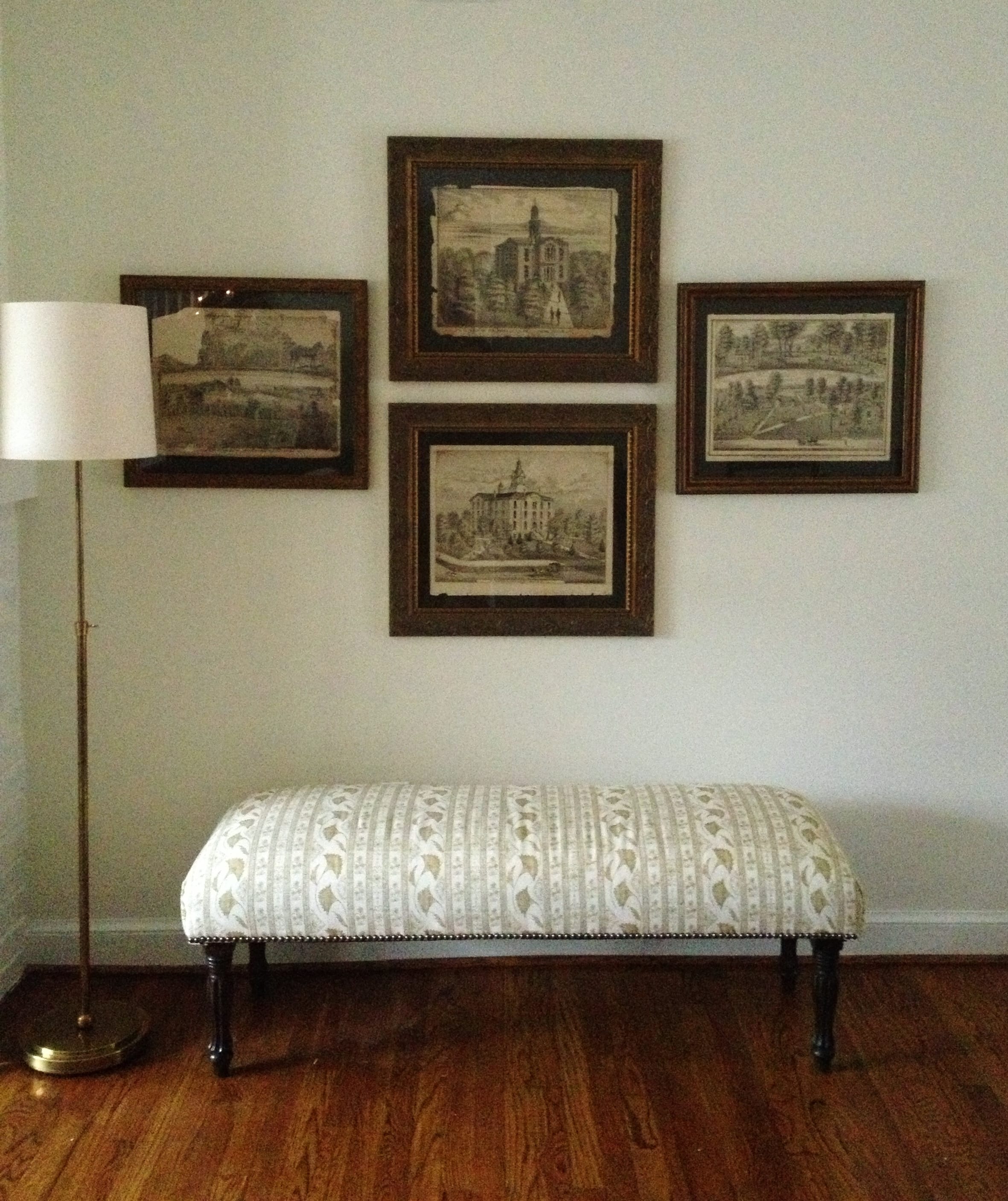 The simple linen sofa was layered with patterned pillows by Jasper (center paisley) and LL Textiles (filigree chevron and “squircles”): 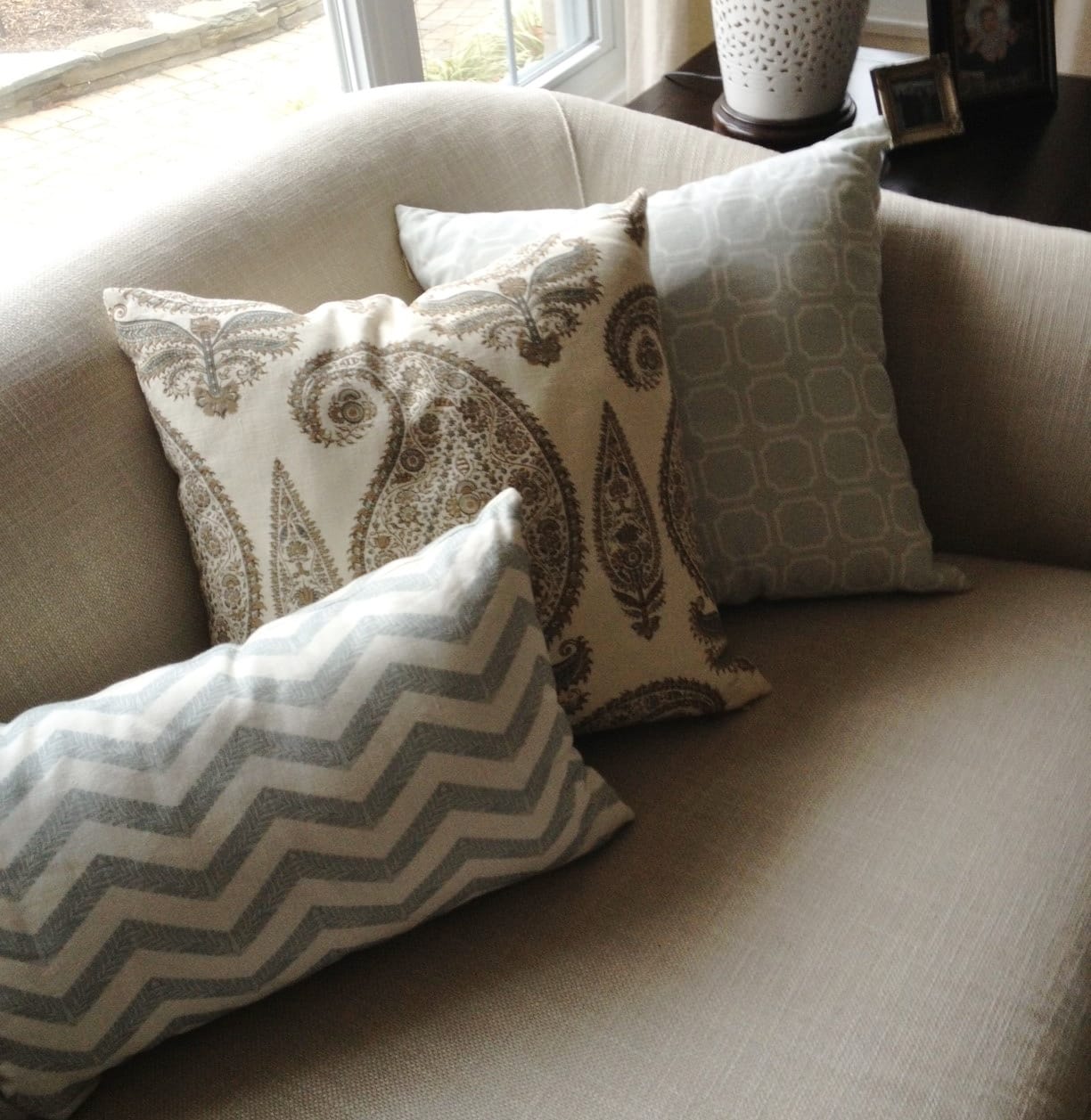 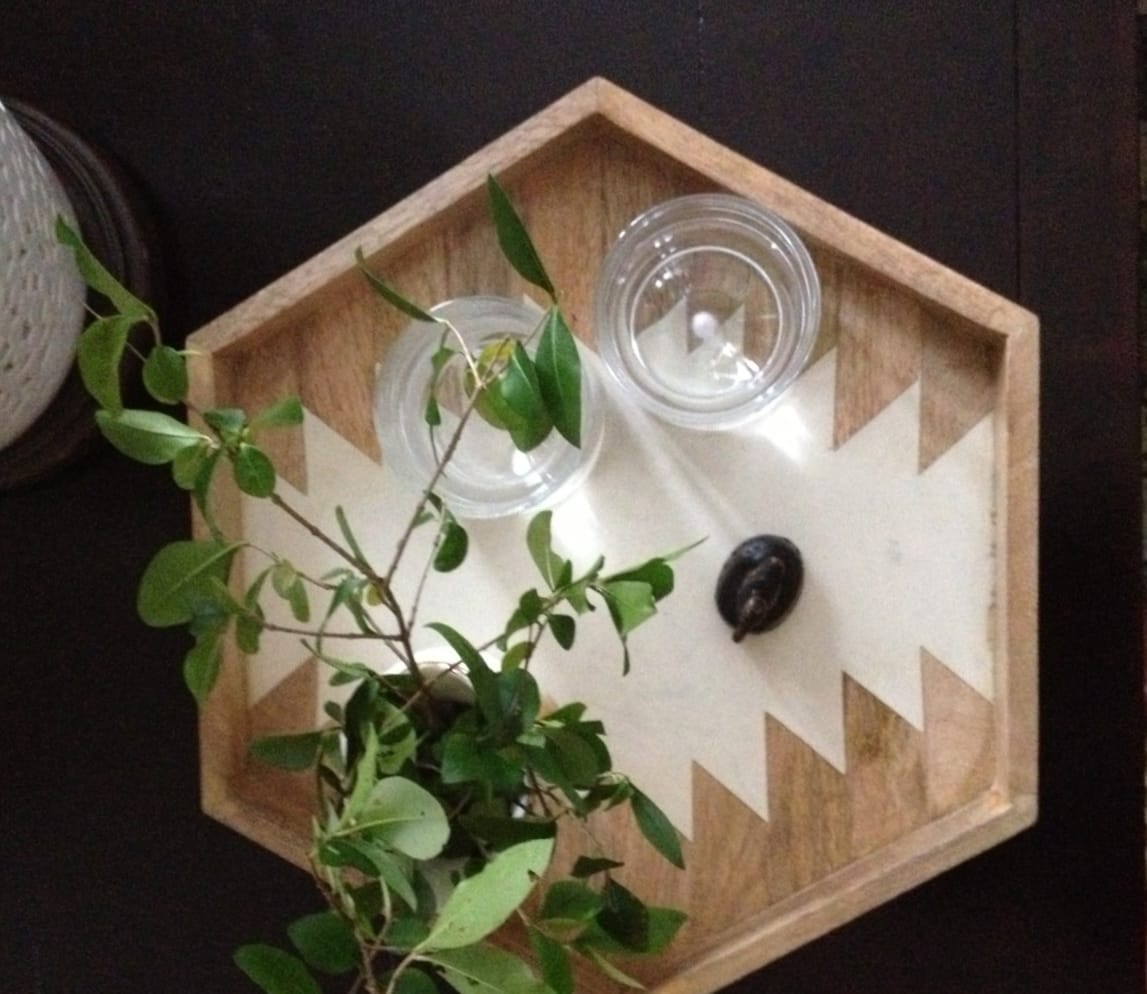 … But to me, the old gilded mirror and massive ginger jar lamps make the room.  Jennie had both when we started!!  Combining what people have with what we find is an incredibly satisfying part of my job.  It makes the old feel new again & very appreciated.

I’m off for the day- attempting to work with 3 crazy boys at home for a snow day today wish me some serious luck!!!- but I hope you enjoyed this little peek into Jennie’s beautiful home!!  Thank you so much to Jennie & Eric for inviting us into your lives!!