I’ve been writing this blog for almost six years and during that time, have always sort of thought about book ideas.  I was approached about writing a book a few years ago when bloggers started publishing books, but as I began to write a book proposal for my agent, I realized that as a designer, I just wasn’t ready.  I didn’t have the book in me that I wanted yet.  I didn’t feel that I had enough projects under my belt, enough eye candy to share, and I felt as if I was still coming into my own and figuring out my style and niche. 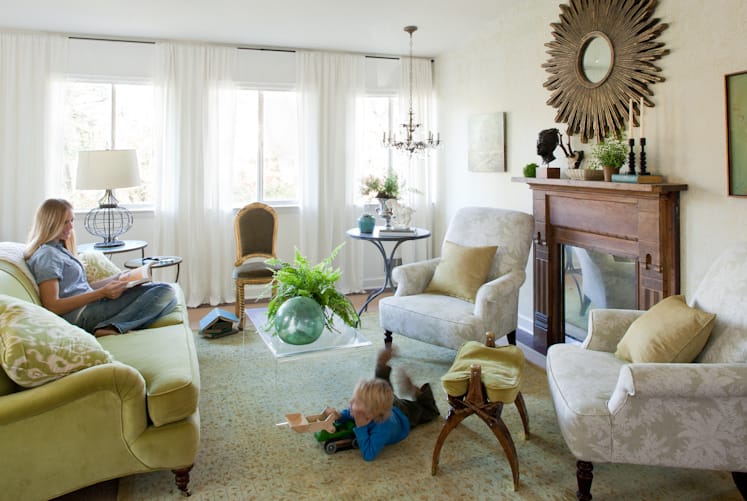 {Our old house…  four years ago}

Books are different from blogs in that blogs are more casual and they evolve as their writers do.  Readership changes as subject matters shift.  I’ve always felt extremely comfortable sharing what I’m up to on my blog, much of it in-progress, off-the-cuff, not camera-ready and not exactly what I’d want set in stone for years to come.  (i.e. my lack of proofreading!! 😉  With a book though, what’s written is out there and static.  I wanted to be able to put something quality “out there” that I could be proud of in thirty years – as both a blogger AND designer- and that I felt would be useful to people because there was enough knowledge and experience backing it.  I knew it wasn’t something to be taken lightly.  So, without the experience I felt I needed to write the type of book I wanted to write, and a body of work to support it, I gave it a rest.

But now, a few years and over a hundred-and-something projects later, I’ve taken the the time to really hone my design philosophy and develop my style.  Our firm has taken on all sorts of projects- from historical homes in the city to places like mine in the suburbs to modern apartments and country houses- and our clients’ styles vary pretty widely.  Their homes all feel extremely personal and specific to their tastes.  I’ve developed pretty strong opinions and methods for decorating homes and finally feel ready to share what I’ve learned in a comprehensive and organized way. 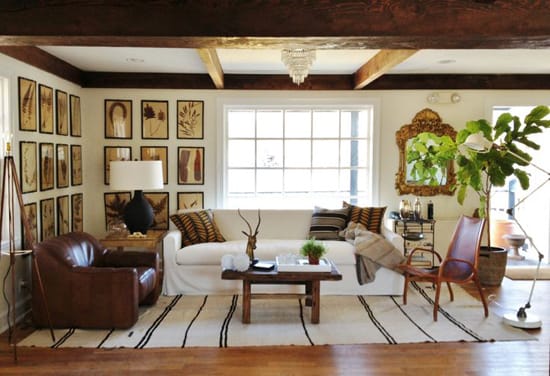 {Our Design Studio has really helped me stretch creatively}

So, when I was approached about writing a design book again, this time, I felt up to the challenge.

And to be completely transparent about the process, being “approached” to write a book in no way guarantees you will have a book published.  It means an agent and/or editors are interested in reading a submitted book proposal from you.  (Maybe if you’re super-famous, you get an automatic book deal… but not for me;)  You have nothing until a publishing house decides they actually love your proposal and want to do a book with you and submits an offer.

So it starts with a strong book proposal that outlines the concept of your book.  My agent- whom I adore- asked me what I wanted to write about and what I’d call it. I knew I wanted it to be comprehensive and both practical and beautiful.  I thought about how, as a kid, I read and collected field guides.  During the summer, I used to visit my dad in Illinois.  One of my favorite things to do when I was alone, was to take a bunch of field guides about plants and herbs into the john boat with me and paddle around our pond and read and take notes on them.  (Often my dog, Hershey, came along for the ride.) 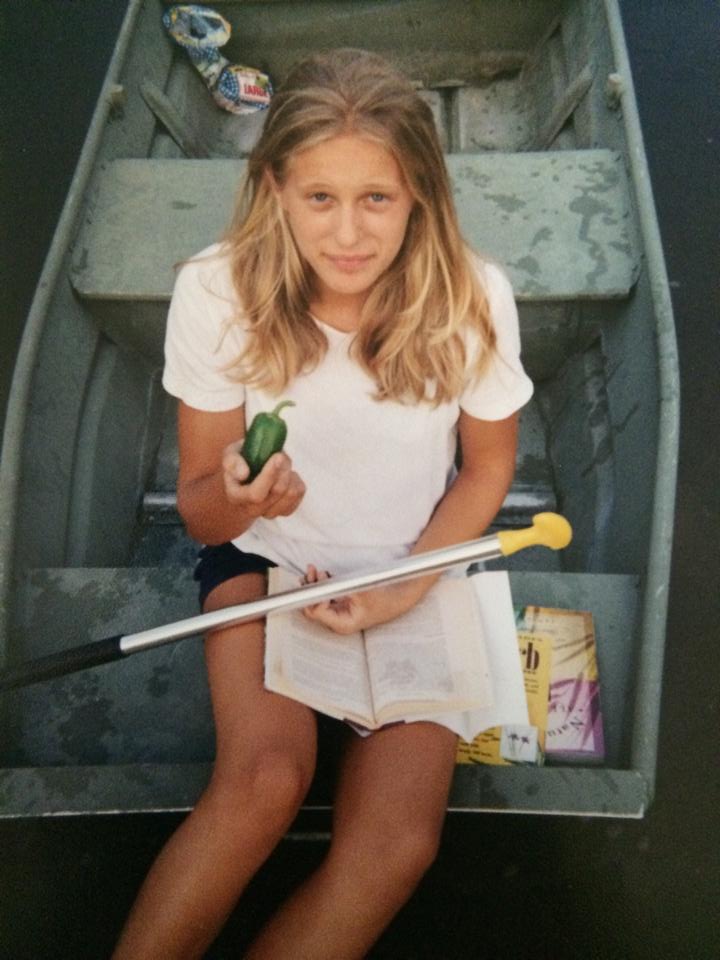 I’d literally go out with my wildflower guides and try to find the plants I was learning about.  I’d brew herbal teas with them and make concoctions and even sold a few of them.  (All legal, I swear!)  As I began collecting information from different sources and observing things on my own, I started writing my own little field guides, filling them with sketches and photos I’d taken.  It was a weird hobby for a teenager but I loved it.

As I thought about my book proposal, what I would call my book and how I’d structure it, the concept of a writing about decorating in the format of a field guide just came to me. It’s natural way for me to organize information and is in keeping with my serious affection for nature (which comes across pretty blatantly in my design aesthetic) so I named it simply, A Field Guide to Decorating.

I wrote a 40+ page book proposal which outlines the entire book and has a couple of sample chapters.  (That thing was a bit intense and took a while to get right, but it needed to be that way in order to cover every topic.)   I am so excited to tell you that the book is being published by Abrams, who’s published so many of my favorite design books, including ones by Thomas O’Brien, Bunny Williams & Nathan Turner.   (eeeeeeek!!) 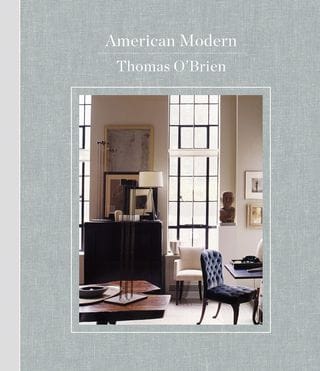 It will be pretty on the coffee table as a beautiful object in and of itself,  but it will also be practical and portable and is meant to be taken out and used.  The info in it is specific and action-inducing.  It can be used to help select the right paint colors, pieces, finishes, etc. for the home.  Though it’ll be filled with pretty pictures and personal thoughts, it’s really all about “why” and “how.”  As much as I’d love to be able to say, “yeah! just buy what you love and have fun and your house will turn out great!!” that’s SO not real life.  Things like scale, proportion, and proper use of materials  matter.  There should always be a why.  I’m all about breaking rules if there’s a reason to do it, but I think it’s important to know why you’re doing what you’re doing.  You can still have an “undecorated” feeling home that feels as if it’s effortless and carefree, but to do it well, it takes a lot of thought and know-how.  Good design is about more than just getting the basics right- window treatments, rugs, proportions etc.- but it’s also about getting the intangible things like the mood and feeling right.  It’s about knowing how to make your home feel charming & authentic, how to blend alternate styles together so that it feels effortless, and how to make yourself exhale every time you come home.  The idea behind A Field Guide to Decorating is that I’m spilling all I’ve got.  I’m sharing all of my decorating “whys” and touching on both the basics and on the more intangible concepts that truly make a home feel special. 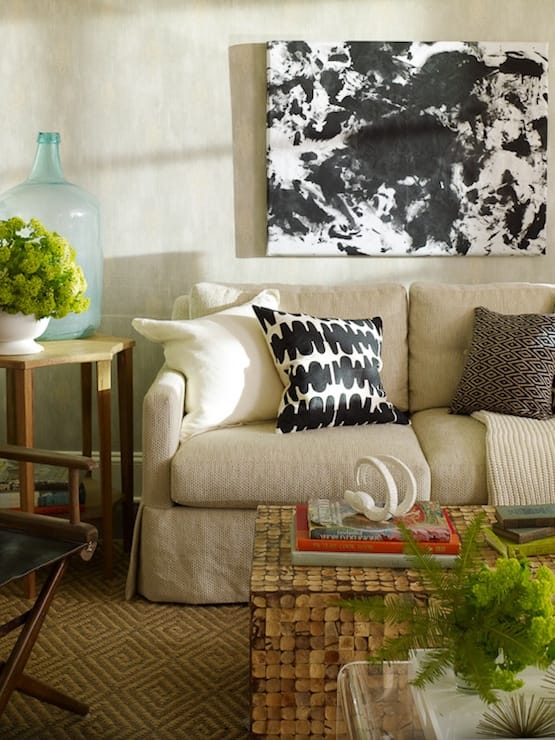 I’m hyper-sensitive to making sure that the book is full of new material and information.  There will obviously be some overlap into my blog on basic concepts that I have covered in the past that need to be addressed in order for the book to be a true decorating tool, but this book isn’t a blog rehash.   Over 75% of the book will consist of new photos & projects that have never before been shared on my blog and that have never been published.  I’ll be sharing photos of my own house- which has been on my blog and published- and photos from a few older projects that have been seen before because they’ll be necessary to illustrate certain points, but we’re photographing over fifteen new projects for the book.  (Which is more work than I have currently showcased in my entire portfolio…  this is going to be crazy!!! :)
We just finished up shooting four projects over the past two days with our good friend & photographer, Helen Norman.  It was so much fun but I am STILL exhausted.
The book will be released if Fall of 2015 and I’m pretty positive time will fly until then.  I’m really just learning about how the entire process works but I’ll be sure to keep you posted.
Right now, I’m feeling incredibly excited but also anxious like I’m waiting to be handed off the baton in a 4×1.  (I was always the third leg of the race so that waiting period while the first two girls ran their 100s was always weirdly surreal and almost felt like it was going in slow motion though it was less than 30 seconds of time.)  I’ve started writing it and I want this thing to be good.  Lots of pressure but I’m insanely determined to make it special.